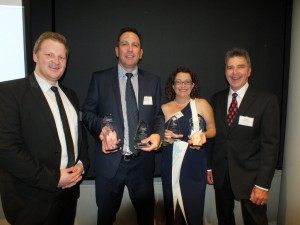 We are just a bit chuffed here at the Rainbow Beach Cooloola Coast Community News. Heatley and I arrived home a bit heavier from Brisbane last month after the Queensland Country Press Association Annual Awards.

Our team brought home two wins for the paper, and with our other publication now 2015 Best Newspaper in Country Qld, the Hinterland Times surprised ourselves with one third of the trophies and a quarter of the awards.

Once again, our little independent free monthlies were up against 23 other regional papers, as far away as Longreach, including APN papers with impressive full time staffers.

So we wanted to thank you, our advertisers, contributors and readers!  As well as our top notch team – we have so many comments on the layout and ads due to graphic artists Darren, Katie and Sally.

Thanks to Heatley’s expertise and our graphic artists, we dominated the advertising sections. Rainbow Beach Pharmacy’s ad was Highly Commended and we took out second (Rainbow Beach Trial Run) and third place (Pig Day Out) for the Best Locally Produced Print Advertisement. 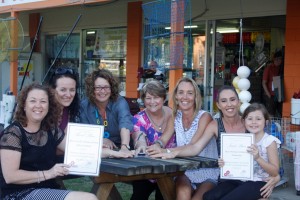 Winning second place for Best Locally Produced Print Advertising Campaign for the Rainbow Beach IGA, judges commented on the unique way our supermarket overviews the sports happenings of the week. Thanks Justin and Matt!

Pig Day Out took first place for Best Community Promotion. Judges said, “This paper won this award for its heavy involvement in promoting and ensuring the day was a successful event …. This was an excellent example whereby the local paper becomes more than just a news sheet. It becomes a hub, and an integral part of the community it serves.”

Heatley knows the most touching award for me (especially as I was trained as a health worker) was Journalistic Excellence – Weighted:

“With minimal resources but a firm commitment to the local community, this newspaper reaches out to its readers with positive stories about the region’s business development and local activities.

“Its innovative presentation of what could be routine news is on show with the Police Beat column, a refreshing use of outside contributors to give the paper a unique personality.” 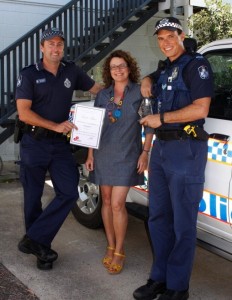 I was so pleased they recognised our local talent – our officers are just one example of the fantastic contributors who send us copy every month. I must also thank our sub editor, Victoria, and occasional writers Anna, Julie, Elise and Karen.

The guest speaker reminded us how compelling newspapers are for helping local businesses succeed, how they inspire young people and that paper and ink is a most effective means of communication.

They reinforced that online searches are driven by offline messages, and an increasing trend of “de-teching” or seeking out physical objects and experiences, by a generation who has “never known a world without the internet”(Industry Report 2014 Value of Paper and Print).

Our team also sends hearty thanks to the Queensland Country Press Association and judges.

Our Sales Rep for the Hinterland Times won Best Sales Rep award, but we need a sales rep for the Cooloola Coast as well. We are still searching for a writer too. So if you want to join a winning team, please give us a call!