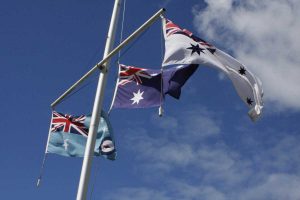 Rainbow Beach RSL Sub-Branch will commemorate Veterans Day by conducting a Service to honour and remember the sacrifices and service of all those Australians who served their country during peace, peacekeeping missions and war.

Veterans Day was originally known as Long Tan Day, chosen to commemorate the men of D Company 6RAR who fought in the Battle of Long Tan in 1966 during the Vietnam War. This year marks the 55th Anniversary.

The service will be held at the Rainbow Beach Cenotaph commencing at 11am, all members of the community are cordially invited to attend and pay their respects.

We remember the sacrifices of those who died and say thank you to almost 60,000 Australians who served during the 10 years of our involvement in the Vietnam War.

This year Vietnam Veteran’s Day will commence with a service at 10.45am at Anzac Memorial Park, Tin Can Bay.  Everyone is welcome with refreshments and lunch available at the RSL Sub Branch after the service.