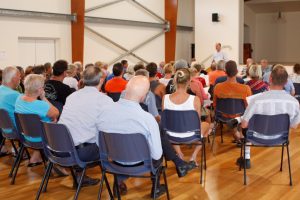 Member for Gympie, Tony Perrett, said that he welcomed the Redistribution Commission’s decision to withdraw its proposal to remove Rainbow Beach from the electorate.

“I was shocked that the Commission was going to excise Rainbow Beach from its neighbours and local residents and business owners were stunned and concerned at the impact of the proposal.

“It was a tough task to get the Commission to understand how ridiculous it was and change its mind.

“I thank everyone for the active support I received in opposing these changes including the community organisations, local media, the Gympie Regional Council, and residents of the Gympie electorate.

“Up to 100 concerned residents and business owners attended a public meeting organised by the Rainbow Beach Chamber of Commerce where I was able to let them know the details of the proposal, explain the issues which are associated with the change, and provide details of where to lodge submissions.

“Across Queensland, almost one in every 12, or more than 120 submissions were received regarding the Gympie electorate. 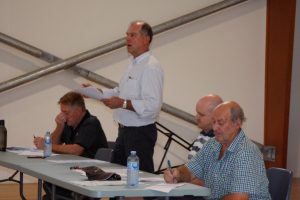 “While I am disappointed at losing the chance to represent constituents from some other parts of the electorate I look forward to renewing my connection with new areas.

“I will continue to work with residents of the Pomona, Kin Kin and Cooran regions up until the next State election.

“As a former GRC councillor and Kilkivan Shire Councillor I have a natural affinity with the proposed new areas to the north and west of the electorate.

“We are all part of the broader Gympie and Wide Bay region and my advocacy of issues does not stop at an arbitrary boundary set by a redistribution commission in Brisbane.

“I will continue to work for this region to achieve infrastructure, push for common sense policies which are business, family and worker friendly and not be bound by political correctness which is impacting decision making,” he said.