“Fantastic Weekend”, are the comments we are hearing from both competitors and spectators. Once again Cooloola Dragons have shown their ability to organise and run a brilliant weekend of Dragon Boat racing. This is the first time both events have been run on the one weekend, though the workload was huge, it was a great success. We have terrific club members and local support and a big thank you to everyone involved.

Saturday 13th was the 3rd round of the Wide Bay Series which was won by Hervey Bay, 1770 2nd, Bundaberg 3rd and Cooloola a close 4th.

There were five teams in the Corporate Challenge which was run in conjunction with the Wide Bay Series. They were the Rainbow Warriors, Dolphin Connection, Grotty Yachties, White Knights and Sailability.  Rainbow Warriors were the much deserved winners. The Corporate Challenge is the Club’s way of raising awareness of Dragon Boating to the general public and encouraging new members.

Sunday 14th The Annual Sleepy Lagoon Regatta saw teams from the Sunshine Coast, Brisbane River, Redcliffe, Redlands, five Pink Lady teams and the Wide Bay teams. The racing was fast and furious with some very close finishes. The Sunshine Coast won the A and B grade competition with the Pink Lady competition won by Redlands “Snap Dragons”.

We meet near the Yacht Club hardstand. 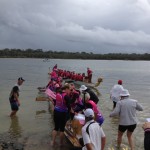 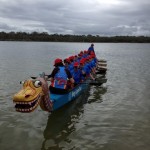 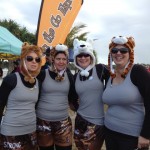 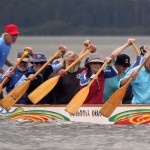