Gympie State High School student, Cleresse Clark will be off to the University of Queensland on an UQ Young Achiever Scholarship, she won in grade 10 at Oakey High.

However, not until after a gap year working at Arcos.

Cleresse will study teaching in 2016. 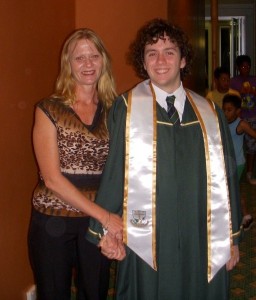 Victory Student Nicholas Donovan says, “I am looking forward to attending Sunshine Coast University where I will be doing the TPP Programme and then my  Diploma of Information Communication Technology.”  In the future, he aims to work in coding and programming within the gaming industry.

Nicholas is pictured with his very proud mum, Debbie CROP 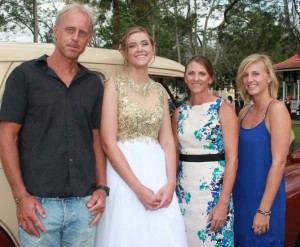 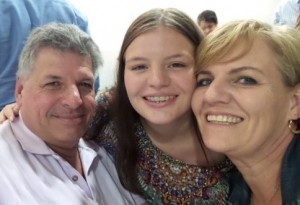 Graduating from St Margaret’s Anglican Girls School, Georgia Modin has been boarding since year 8. She has enjoyed it the opportunities it has given her as well as the people she has met and says, “The best thing about being at St Margarets is the boarding experience with fifty sisters over the last 5 years”. Georgia plans to attend QUT and study a Bachelor of Nursing and hopefully in second year, a dual degree of nursing and paramedic science.

Georgia with parents Rick and Tuppy 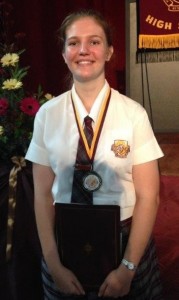 Emily Sawrey received a Gympie State High School platinum award for receiving A’s in all her subjects, and first place in Chemistry, English, Japanese, Physics and Maths C.  She received the Johannesen and Walker prize for excellence in maths and science and tied for dux with her classmate Kelly Goatham. Emily plans to have a gap year next year to complete Grade 7 in classical singing and “have a bit of time out, and maybe get involved in some musical theatre.”  She has applied to the University of Queensland and hopes to enter a medical course. Emily works part time in the Tin Can Bay IGA deli.

Year 12 Graduates from the Cooloola Coast and parents, we would love to hear from you. Please email info@rbcn.com.au and attach a high resolution image e.g. from your awards night or graduation,  and a paragraph on your plans for 2015, whether it be a gap year, travel, study, career plans or employment. Please also include your phone number and parent names. Thanks you to schools, parents and students for your assistance with this feature. 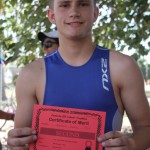 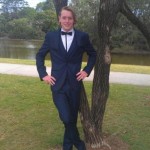 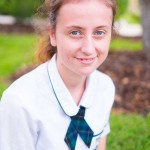 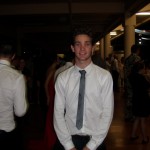 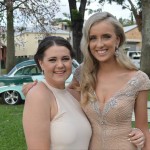 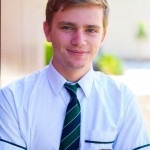 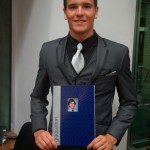 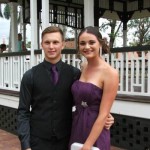 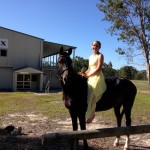 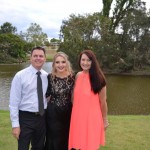