The start of another year! We always use our break as a time to reflect on the past year and plan for the New Year. How about you? What exciting plans do you have in store for 2015?

Because our last year’s pub crawl was a big hit, we have decided to adopt another theme for our travels. So this year we are going to do a bakery run. Peter loves to stop in and taste the sausage rolls in towns that we drive through. He then rates the bakery as “a place to return to” or “a place to avoid”. It sounds like a lot of fun. We will keep you posted.

Before I talk about Saturn Antennas, let me point you to the article we wrote in another part of this magazine entitled “TV reception in Rainbow Beach”. It has some very pertinent information for locals who are unhappy with their TV reception.

By the time you read this article, we will be well on our way to Newcastle for the first caravan show of the year. But we did have time to visit Peter’s parents in Mundubbera. And, of course, called in to the Gayndah Bakery. This was purely for old-time’s sake as his grandparents owned the Gayndah Bakery back in the 1920s. 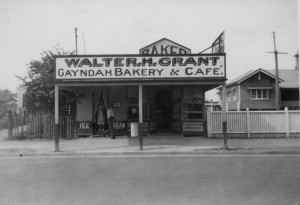 Nana was a bit of a villain in those days and she told me a story about a farmer who always loved to tie his horse up next to the bakery. No matter how many times Nana asked him to move his horse, as it was right next to the open window where her customers were having a cuppa and scones, he would not comply.

So this one particular day when the horse had just dropped his “business” right outside the window, Nana availed herself of a two-penny bunger (firecracker for you, younger ones) and just “happened” to drop it near the horse.

With the loud explosion, the horse reared up, broke the strap holding him to the tree and brought everyone running. Ha ha ha. At this point in the story, Nana would roar laughing at the memory of the farmer who never tied his horse there again.

But this is deviating from the task at hand. Where was I? Yes, talking about our trips this year. We love going to the Newcastle caravan show, because we always meet lots of people who are having problems with TV reception in the outlying areas like Bulahdelah and the Myall Lakes. 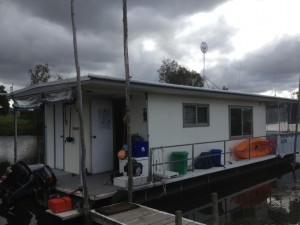 Last year we were able to solve the TV reception problems for a couple that owned a houseboat on the Myall Lakes.

We have antennas as well as satellite solutions for the traveller. If you are having a problem with TV reception while travelling, give the TV reception specialists a call.