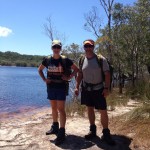 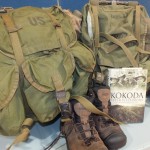 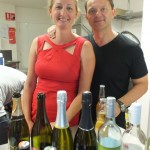 On 20 April 2014, they will be embarking on a daring fundraising challenge, an 11-day, 96 kilometre trek along the Kokoda Track in Papua New Guinea. The Fearless Leaders Kokoda Challenge is an initiative driven by a group of individuals who have all been inspired by their belief that most suicides are preventable.

Dee explains, “Both of us being ex-military, we learnt a lot about Kokoda and the battle at Isurava when we were still teenagers. We understood that at Gallipoli, the Australians fought for England and lost, but at Kokoda, they fought for Australia, and won.”

“The courage, endurance and mateship shown by so many young Australians in PNG is inspiring and we wanted to walk in their footsteps and pay homage in our own way to their incredible sacrifice and bravery.”

“We have talked about doing the Kokoda Track for almost 10 years. It’s one of those things, almost like a pilgrimage in the way that Gallipoli is for a lot of young Australians.”

“Both of Andy’s older brothers are doing it with us and we will be on Brigade Hill for the Anzac Day dawn service.”

The Kokoda track stands as an icon for Australian participation in World War II just as Gallipoli serves the same purpose for World War I. Brigade Hill was the scene of a major battle in September 1942 where 101 Australian soldiers lost their lives.

The trekkers will rise early on the morning of 25 April to commemorate the lives of the soldiers lost there as well as the lives of other Anzacs; in a special dawn ceremony.

“The opportunity to raise money for Lifeline was a huge motivator for us – we have both had friends and family who have been touched by suicide and depression and we believe Lifeline does amazing work to help people who need counselling or just someone to talk to.”

Dee and Andy will face massive challenges from the terrain – huge ridges and deep valleys as well as leeches, mosquitos, heat and humidity, the same conditions faced by Aussie diggers in 1942.

Papua New Guinea is a very long way from the streets of Rainbow Beach and the couple will need to get very fit to cope with trekking up to 6-8 hours a day on slippery, jungle covered trails.

Rainbow Beach is a great training ground for the trek with walks incorporating the Carlo Sandblow, Poona Lake, Murrawa Lookout and the Freshwater Track providing some hill-work and uneven terrain.

Dee and Andy will be carrying their own packs (rather than hiring porters) however, their packs should only weigh around 15 kilograms with all food and tents etc taken care of by the trek organisers. They carry snacks, clothes and daily water, resupplying  with water along the Track.

“Our theory on the no porters (however flawed) is that if the diggers did it, we can do it too. Also, it has been quite a few years…. but both of us have carried our own packs before – loaded up with up to 5 days’ worth of rations, clothes, 8 litres of water, ammunition and various other equipment including radios, flares, etc – not to mention carrying a rifle as well. It’s not comfortable but you can do it.”

Fearless Leaders Kokoda Challenge is hoping to fundraise over $80,000 as a team of 20 trekkers, which will fund Lifeline’s Online Crisis Support Chat, giving Australians in crisis access to help via a real time, one-on-one, online conversation.

To take part in the Kokoda Challenge, Dee and Andy have personally pledged to raise $7,000 for Lifeline Australia and they would appreciate any donations in order to help reach this target.

All donations are tax-deductible, 100% of your donation goes to Lifeline and will bring Dee and Andy much closer to reaching their fundraising goal. You can make your contribution to this cause via their online fundraising page at http://lifelinekokoda2014.gofundraise.com.au/page/WhiteAndy, or drop in and see them in the office at Cooloola Coast Realty or call 5486 3411.