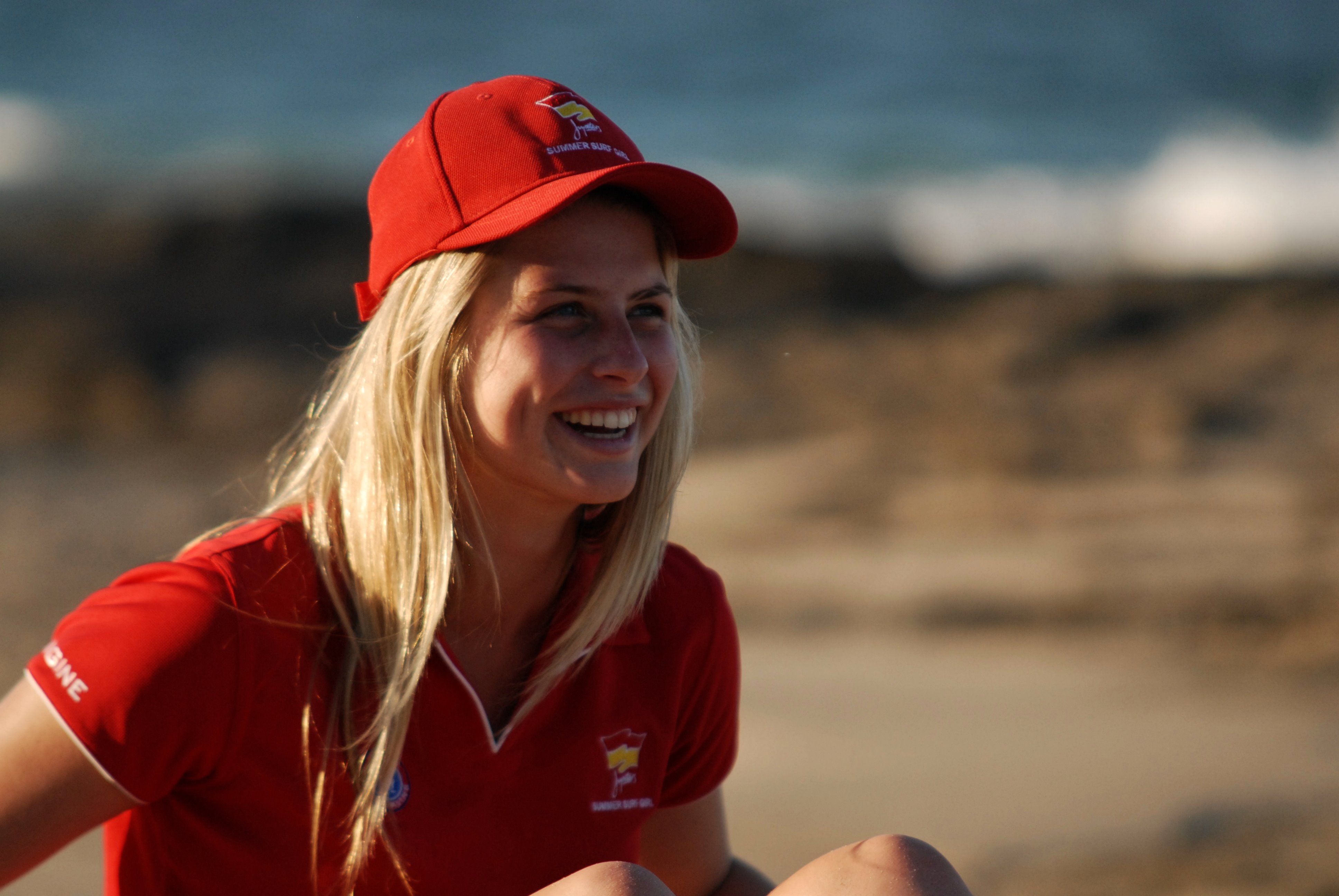 Ashleigh Dodt was gearing to head back to University when we caught up with her. In her third year of an Occupational Therapy (OT) degree at Sunshine Coast University, with a part time job at Gympie’s Donut King, holiday work for Surf Lifesaving Qld at Southbank and with a her surf patrol every fortnight she has added the Summer Surf Girl competition to her workload.

She has been working hard since last July raising much needed funds for the safety of our beach. Every Saturday night Ashleigh has been selling raffle tickets at the Rainbow Beach Surf Club,  even visiting the Muster and Inskip Point’s New Year’s Day Party to fundraise some more.

This month will see two major fundraisers: a Sunday afternoon Barefoot Bowls event on March 3 at Gympie and a Saturday Golf Day on March 23.

Ashleigh learnt about the Surf Girl Program at an SLSC State-wide Camp. It turns out the person she first asked about it and encouraged Ashleigh to set her sights for it, was Bridget Seymour, who went on to win 2012 Surf Girl for Alex Heads SLSC.

Fundraising ceases on April 22 and Ashleigh will travel to the Gold Coast for the judging week May 7-11 at Jupiter’s Casino. “My parents, members of the Surf Club, and friends I’ve met through Surf Lifesaving from all over the state will be there to support me.”

“There are 4 winners – Overall, Runner-up, Highest Fundraiser and Personality. Until the Saturday night, no one knows who has raised the most money. It’s a lot of fun with team activities, rescues like on proficiency days and etiquette training.”

Born in Gympie, Ashleigh progressed through nippers to become a patrol member and tells us she is the first Surf Girl for Rainbow Beach in 14 years. The whole program increases awareness of our surf club and that the whole state’s surf clubs are run by donations.

“I would be a very different person if I hadn’t been a surf club member. I would recommend nippers to anyone – especially in Rainbow Beach as it is so family based. Training gives you the potential to save a life – it is so powerful.”

Last September Ashleigh secured a job within SLSC Little Lifesavers at Southbank. She says it is basically nippers for city kids. “I work as an age manager for the holiday program where kids paddle on boards, and dive for flags and other nipper activities for 5-11 year olds. My group are the Under 7’s – it is really fun and so good for the kids.”

Meanwhile, she is half way through her four year course, and was planning to work in aged care until she did her three week practical in a lymphodema clinic last year. Ashleigh admits, “After seeing all the different options at PA hospital, I am now confused and now have no idea – I’ll be happy to work in any field of OT.”

Ashleigh tells us there is still time for businesses to come on board with the fundraisers. She thanks Ruth from Foodworks and Shelley from Bitchy Chix for donating prizes and other businesses have sponsored a hole or entered a team. “If anyone is interested in donating or assisting in anyway please call me on 0567 666 626.”

“We have raised above and beyond what I thought was possible -it has been amazing!” Ashleigh says. So – get down to the Surf Club on Saturday nights or put a team together for the bowls or golf days, and help Ashleigh raise more cash for our beach and promote our piece of paradise to the rest of Queensland.