Really – all we wanted for the Summer of 2013/2014 was for it NOT to flood. It has been that, and more, with lots of smiling tourists and glowing reports from locals.

Rainbow Beach Tourist Information Centre’s Sam Mitchell said, “Every day the sun’s out is a bonus. The first week was quiet then increased all the time – we’re up on last year!”

“It’s been long and hot!” said Ron Organ, President of the Rainbow Beach SLSC, and bronze squad members had a lot of fun earning their Bronze Medallions and Surf Rescue Certificates, despite the big surf.

Beaches were busy across the holiday season, and the surf club recorded one rescue, one spinal, one dislocated knee, one collapse plus the usual first aid and minor stings.

They thanked members for  keeping the beach safe and enjoyable, and passed on the Queensland Ambulance Service’s thanks to Brad Hethorn and Sarah O’Brien for attending to a child who had passed out in the street, until the ambulance arrived at the scene. 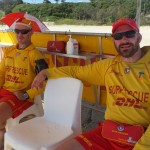 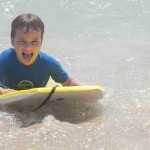 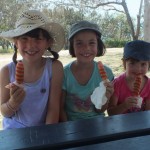 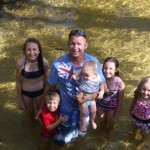 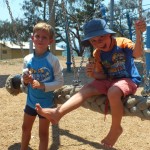 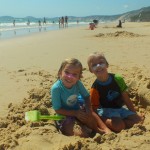 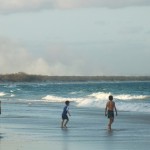 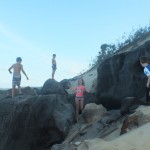 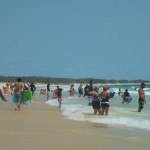 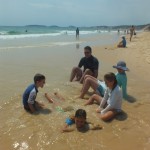 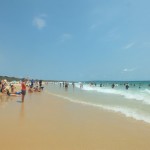 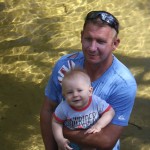 Jamie Sharman, owner of Rainbow Beach Bakery, commented that it was good to see town full and the weather contributing to the season.

Cooloola Cove Shopping Centre Manager, Gary Matthews told us that it was the centre’s biggest ever November and December.

Reports from National Parks and Wildlife representative Grant Phelan said, “Campgrounds were busy though did not reach ‘full’ over the Boxing Day to New Years’ Day period.”

“Teewah Beach camping on Boxing Day came within about 50 vacant spots out of 2500 capacity. Inskip on Boxing Day still had over 100 vacant camper spots out of 2750 capacity. This was as full as the campgrounds got.”   Rainbow Cooloola Wholesalers supply most of the businesses on Cooloola Coast region. Owner, Shane Jordan was very impressed. “We have had an exceptional season, without any doubt the best Summer holiday in recent history. The fantastic time was assisted by good weather  and generally speaking , people are confident and spending, and we have all shared the benefits.”