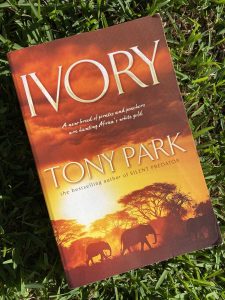 Tony Park is the author of 18 novels set in Africa and six non-fiction biographies. Tony has worked as a reporter, a press secretary, a PR consultant and a freelance writer.

He also served 34 years in the Australian Army Reserve, including six months in Afghanistan in 2002.

Tony and his wife divide their time between Sydney and southern Africa where they own a home on the border of the Kruger National Park.