Home  »  Community   »   A bloom of success for Ambulance Flower Show 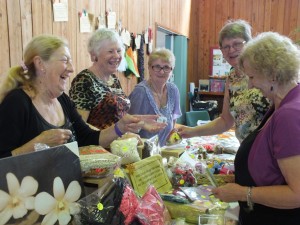 The Cooloola Coast Local Ambulance Committee members were delighted with the public support for their annual Flower Show which was held last month.

The show was one of the most successful ever organised, with 137 entries in the flower and plant competition and 195 entries in the photography section.

The judges were impressed with the quality of the entries and commented favourably on the displays.

Once again, the Committee was greatly supported in putting on the show by the generous assistance of various clubs and individuals and we offer our thanks to all involved.

The prizes for the winning entries were presented by Wilbur Fahey, OIC Cooloola Coast Ambulance.

Champions in each section were Linda Brown for Floral Work, Lorna Jordan for Cut Flowers, Cheryl Zunic for Container Plants and Natasha Lee for the Juniors.

Natasha’s grandmother is President of the LAC, Lillian Clarke. For a first-time participant, she raked in plenty of prizes including orchids, gerberas and two prizes in the junior section. 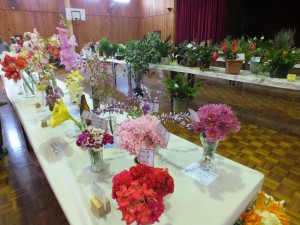 Chris Harvey and Joshua Espeut were awarded Champions for the Open and Junior Photography sections respectively.

Wilbur also thanked the Committee for their support throughout the year. He said that as a result of their work, the station was very well-equipped and he looked forward to continuing such a productive partnership.

Just a reminder that the other major local fundraiser for the Ambulance Service is the weekly Bingo, which is held every Thursday at the Tin Can Bay Country Club commencing at 9.30am. So do show your support and come along for a fun morning.