Home  »  Things to See and Do   »   You don’t even have to fish to have a chance at major prizes at the Fishing Classic!

The event runs for eight days and you can fish for one day or all eight, or not at all! It starts on a full weekend so people who can’t get the time off work can participate during the first full weekend and still be part of the grand finale the next Saturday.

The 9th Annual Rainbow Beach Fishing Classic will be a drawcard for families over the school holidays. Held June 28 to July 6 it has been moved to a family friendly time of the year for 2013. They have activities, entertainment and events on every day with special prizes for kids.

For 2013, organisers have split competitors under 18 into Juniors and Cadets, so over 13’s don’t have to compete with adults this year. Held at the Rainbow Beach Sport and Recreation Club, the event has raised lots of money for charity, and there is always entertainment at the weigh in each night.

Competition is fierce and Rainbow is renowned for their Fishing Classic. Categories include Beach Fish, Jew Fish, Reef fish and Big Fish – pro/anglers to families are welcome to join in the fun. They’ll have separate theme days: 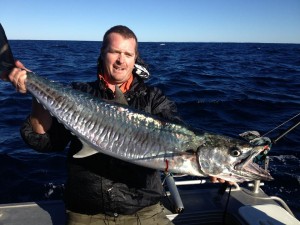