Last weekend the mighty Rainbow Warriors clashed with Musgrave Hill at Tweed Heads Bowls Club. Saturday saw the warriors win 3-2 against Musgrave Hill the pressure was alive on the green Sunday morning for the Silver finals.

Early on in the morning it seemed we had comfortable leads on 3 to 4 rinks with only the Fours struggling against a great team with a 20 year old skip on a mission! The boys fought hard but failed to get up – disappointed but proud to get to the finals. The triples had an early lead and kept it going all day a great game from the boys who were full of fight! Both teams of pairs had a solid lead all day with Adam and Jim finishing well ahead.
Barry and Mickey were leading but after losing four ends where even with one end to go. With a bowl that was all class, Mickey took the end to make it 3-2 for The Warriors. Young Cain played an amazing game of bowls only to be defeated 31-29 on the last end!

Their Super Challenge division has 40 teams, and each team has 12 members – two pairs, one triple, one fours and one single. 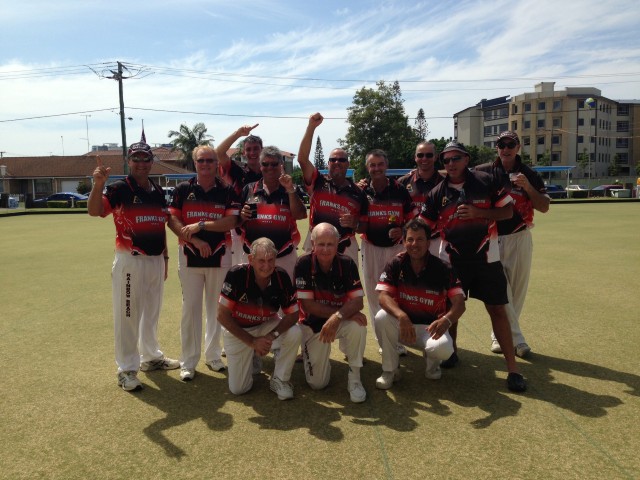