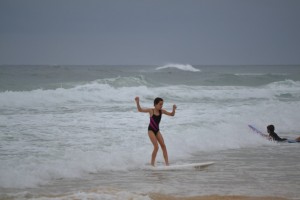 With the weather looking crazy for the weekend of the surf classic we decided to keep it running. We had the right moon, the right tide and the waves to go with it!

The surfers were keen to get it up and running. The classic started off with the junior boys’ and girls’ heats. What a great group of groms. Rory Mick paddled right out the back straight up, while Seth, Mason, Luxie, Ella and Billy Bob decided to hang in the shories. 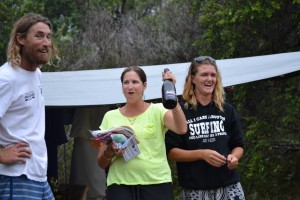 Jake with Cassie, who came second, and Bj took out the 2014 ladies’ division

They all did very well with the end result: first place went to Seth Parton, and Ella Palmetter won first place in girls.

Then the masters dominated the water with style. Joel from Agnes Waters took home first place. Followed by the old farts, with only one entry and that was the awesome Peter Crocker!

After came the cadets, also with one entry, Eric Lawton. Well done! Then entered the ladies, with a splash of whitewash. Cassie Mick, Cyndari Parton and Bj Parton took first place. 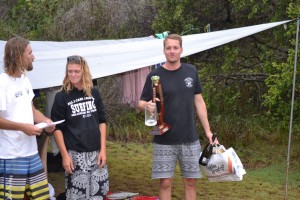 Finally the open men’s was an event to remember as there was some tough local competition. With most of the crew, who have surfed here their whole lives, or have been attending the classic for the past 28 years.

Jimmy Badcock took home the Robbert Pryde trophy for the year and also took the Apps trophy for highest scoring wave. Better not forget the best wipe out went to Rob Snape for an awesome show!

We had our presentation at the Old Freshwater camp ground, thank you to the national parks.

We began with a moment’s silence for the people who we were there to remember and who we come together for. We did miss a few this year due to prior commitments, but we hope to see you all back next year. 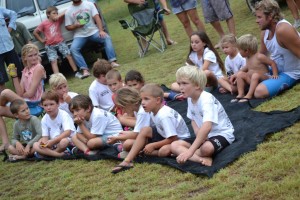 We would like to say a big thank you for the support from the local community: Wayne’s Camping shop, Golden Breed, Skydive Centre, Food Works, IGA, 7th Wave, Rainbow Beach Sports Club, Aquatic and Fitness Centre, and our major sponsors Rainbow Beach Meats – thanks for every year; we couldn’t do it without you. And last but not least, Ed’s Beach Bakery for all the help.

There are still plenty of shirts and singlets if you wish to purchase one.

The community came together and supported us and that’s what it’s all about.

Boardriders BBQ up in the car park, January 17, 2015. Bring your longboards and show us what you’re made of.