Movember is an annual charity initiative that sees the sprouting of moustaches on guys around the globe during November, in a united movement for men’s health.

Judging of Mr Movember will be at the Rainbow Beach Hotel on Thursday, 28th November, from 5.30. For every Parmi sold (includes a beer, wine or soft drink), $5 will be added to the 2013 Gen Mo cause. There will be auctions and raffles and two other categories Mo Bros could win.

There are only a few rules, start with a clean shaven face on November 1, and here’s what the website says about goatees and beards:

“No. A moustache is defined by these features:

3.    A small complimentary growth under the bottom lip is allowed (aka a tickler).”

Mo Sistas, often the driving force behind fine moustachery, whether it be a friend, colleague, family member, partner or boyfriend are very welcome too. These inspirational women are committed to raising awareness of men’s health issues and much needed funds for men’s health.

Men are typically more indifferent towards their health when compared to the efforts of women who proactively manage and publicly address their health concerns. As a result, levels of awareness, understanding and funding support for men’s health issues lag significantly behind that of other causes.

Using the moustache as a catalyst for conversation, Movember hopes to bring about change by providing men the opportunity to learn and talk about their health more openly and by encouraging men to take action. 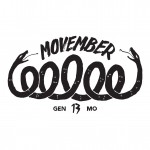 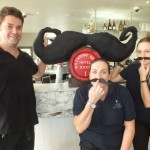