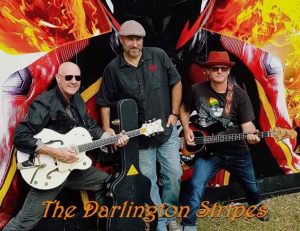 The Darlington Stripes are a high energy professional band from Brisbane and the Sunshine Coast Australia.

They are seasoned musicians who have travelled the world: the members have previously played and recorded their own albums and have worked with some of Australia’s finest artists.

Check them out at the TCB Country Club on Friday 8 April at 7pm, free entry.