Congratulations to Dean Lythgo, Peter Stark, Tony Shadforth on the purchase of the Rainbow Beach Hotel. Both Tony and Dean enjoyed many a good time working in Rainbow Beach as apprentices and later as tradesmen and Peter spent many holidays at Rainbow Beach and Fraser Island.

They also own a hotel in Roma, Western Queensland and will be actively involved in the Rainbow Beach Hotel from their homes on the Sunshine Coast.

General Manager Greg hails from just up the road at Tiaro and is returning to the hotel industry after a stint in the corporate world. He is excited about calling Rainbow Beach home and living closer to his parents. Exciting times are ahead for the hotel, so please pop in and see Greg for a cold beer and a meal.

Adam Rummery will be helping with handover over the busy period until early January. He is off on a “country change” and feels it is an excellent opportunity with the company, relocating to Roma in to take on the role of Hotel Manager. 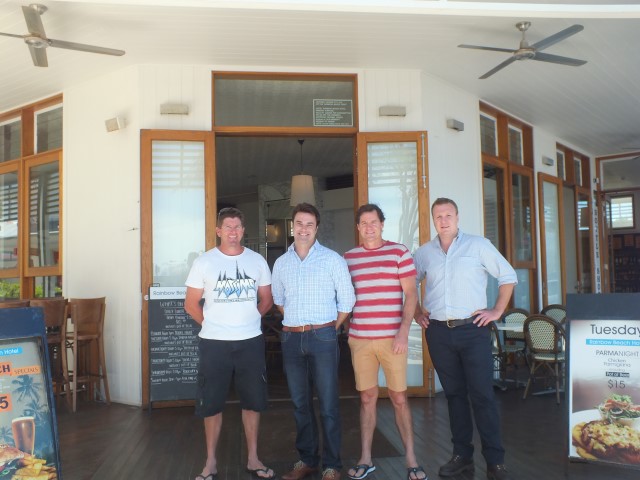