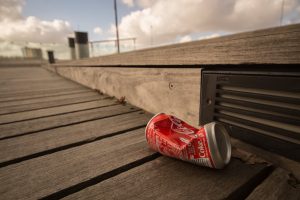 The Sunshine State will have a Container Deposit Scheme to get drink cans and bottles off our beaches, and out of our parks and public areas.

The Palaszczuk Government has confirmed the litter-busting recycling initiative will start in 2018.   Environment Minister Dr Steven Miles also revealed today that Queensland and New South Wales had entered into high-level talks about setting up a single-scheme administrator.

“We want a seamless system that’s good for the environment and friendly for business. No one wants an outcome where the rules that apply to a bottle of soft drink sold at Tweed Heads, are different to the one you buy at the Gold Coast”, Dr Miles said.

“A single administrator could cover both states to deliver the highest level of efficiency and effectiveness.

“We will work closely with the Baird Liberal Government of NSW to deliver a CDS in both states.”

“Labor committed to investigate a cash for containers-style scheme at the last election, because litter is a real concern for so many Queenslanders and we have one of the lowest recycling rates in the country.

“And Queenslanders also understand that plastic litter especially is a major threat to our waterways and our precious coastal marine environment.

“The Government also wants to acknowledge the expert input we’ve had from the Local Government Association of Queensland and its members. That input has successfully identified key details that we will address with LGAQ during the implementation of this scheme”.

Dr Miles said there was considerable industry and community support for a container deposit scheme.

“A 2015 News Poll showed 86 per cent of Queenslanders wanted a container deposit scheme,” he said.

“South Australia has had a similar scheme since the 1970s, the Northern Territory introduced one in 2011 and New South Wales will introduce their scheme next year.

“We are looking at aligning our scheme with NSW, where people will be able to take empty drink containers to a collection depot, or place it in a reverse vending machine to receive a 10-cent refund.

“In NSW, most drinks sold in containers between 150ml and three litres will be included – with eligible containers to be clearly marked.

“Plain milk, pure juice and wine containers are not included in the scheme,” he said.

“As we’ve seen in South Australia, by engaging in and with the CDS, the financial benefits for Scouting are tremendous,” Mr Ruthenberg said.

“I know of no other scheme that the whole community can embrace that will not only provide a significant environmental benefit, but will also provide a boost to helping to cover the cost of providing the Scouting program.

“This scheme is a huge win for the whole community!”

And with National Litter Index figures showing Queensland continues to be the most littered mainland state in Australia, the announcement was welcomed by recycling advocacy group, Boomerang Alliance.

Queensland Manager, Toby Hutcheon said: “In Queensland, we use over 2.4 billion bottles and cans every year. Most of these are wasted in landfill or littered.

“In South Australia, which has a CDS, over 80 per cent of bottles and cans are recycled.

“Container Deposit Schemes operate in over 40 jurisdictions around the world. CDS are proven to slash litter rates, dramatically increase recycling, create hundreds of jobs in collection and re-processing and provide a financial boost to community organisations.

“It is estimated that community organisation in Queensland could share in over $25 million every year from deposits and handling fees,’’ he said.

Dr Miles said the Government would be consulting in coming months and seeking feedback on the best way to implement the scheme to ensure it was “truly state-wide”.

“This is where community groups and other organisations can help and potentially get an enormous benefit out of the scheme. We want to talk to as many people as possible before the end of the year,” he said.