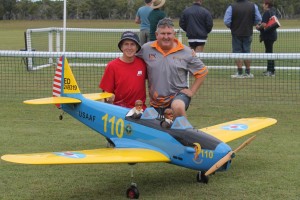 Aaron and David Garle with their PT19

The Warbirds were back in town on the first weekend in May for their annual meet. With 42 pilots and a couple of hundred spectators, numbers were down on previous years where there were in excess of 1000, due to not having the May Day weekend.

Aaron and David Garle from Walloon, Ipswich, were a father-and-son team with David having 40 years’ experience and coming to Tin Can Bay annually, where his son Aaron (21) represented Australia in last year’s Aerobatics coming an overall 4th place. 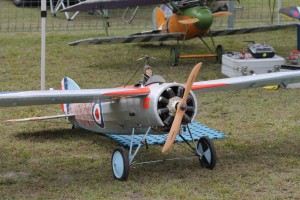 A German scratch plane made by Steve Saville

Many other pilots were there including Steve Saville who builds and flies “Scratch Planes,” which as the name suggests are built from scratch with no plan.

These planes were made with phenomenal detail right down to hand-stitched leather edging of the cockpit and engine detail, to sound cards and lights for firing guns.