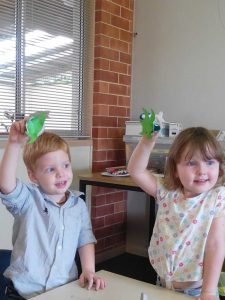 Presenter, Waste Education Coordinator, Elli Webb, from Gympie Regional Council, visited the coast to share the word via storytelling – all about recycling at the local libraries.

Elli is back in Rainbow Beach Library, 10am Saturday, December 10; so come along for morning tea and learn about your ‘Home Waste Management System’.

Elli will explain what really happens to the rubbish from your green or red and yellow-lidded wheelie bins. What are the common mistakes householders make in their kerbside recycling? Residents can discover answers to all of their recycling questions

Planet Ark surveyed 115 councils across Australia and asked them what the three most common recycling mistakes made by their residents were.

“There is a persistent myth that items picked up for recycling end up in landfill,” said Brad Gray, Head of Campaigns at Planet Ark. “But in reality, it’s simply not economic in most states for councils or waste companies to send recycling to landfill due to state waste levies.

“So each of us plays an important role, as our recycling habits influence the success of the whole recycling system.”