June has been an exciting month for the Rainbow Beach Surf Lifesaving Club. The extensions to the supporters club are finally finished and have had their ‘test drive’ with the Surf Club’s annual dinner and awards night.

The new extensions look fantastic and have somehow managed to improve the view (if that was possible!) and have almost doubled the capacity of the club to cater for the busy holiday periods and improve the ability to host weddings and functions with the scenery that Rainbow beach is famous for.

The annual lifesaving dinner kicked off with a veritable feast of 5 star cuisine catered ably by Head Chef Kelvin and his staff. Dancing and frivolity was the call of the night as the lifesavers wound down after a long (but not arduous) season. Thank you to Glen Fox for providing excellent entertainment.

On the serious side the dinner doubles as an annual awards presentation too with those lifesavers who go above and beyond recognized for the extra dedication. Some of the award highlights for the night included our president Mr Ron Organ being awarded Champion Lifesaver in recognition of in excess of 240 hrs patrolling this season on top of all his other hard work he does around the club. Matt Hunter also ‘cleaned up’ receiving most outstanding first year lifesaver and best junior patrol member. Many other awards were also handed out to deserving members including the ‘harden up’ award to Dean Robertson and the ‘Special Award’ – the coveted dunny seat going for the 2nd year running to Mitchell King. This year finally patrol team 1 ‘The Old boys’ our own ancient mariners finally took out the Best Patrol Team for the year for their exemplary service and performance under the pressure of the dreaded branch inspection whilst still maintaining their good looks. Who knew you could punch a wave in an IRB whilst still maintaining your composure in your straw hat!

Two champions of the club were recognized during the evening for their conspicuous and long standing service.

Nev Holt was given Life Membership of the Supporters Club for his combined 13 years administration of both clubs. The new extensions are a true testament to Nev’s service and vision as he was instrumental in getting the club to the place it is today to enable the extensions to happen.

Marty Baldry was bestowed with life membership to the Surf Club. Marty has over 30 years service to the club and has held just about every positon during the time. Marty is the type of ‘rock’ that all clubs need and well deserving of this honour. 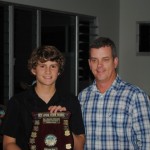 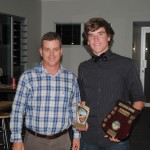 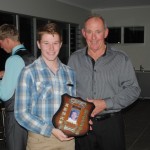 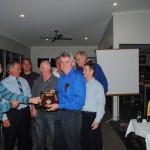 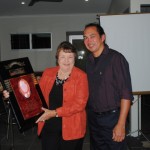 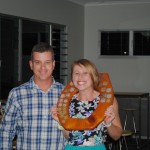 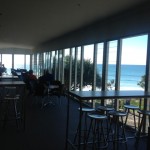 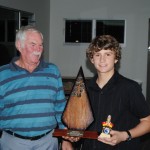 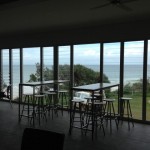 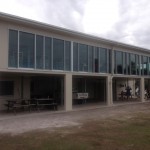 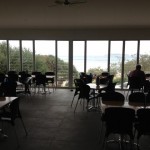 The lifesavers now have a few more months of quiet time before we provide water safety in the Annual Rainbow Beach Triathlon in August. The season kicks of proper with patrols commencing on the 21st of September. The club is always looking for new members to help with patrolling if you are interested please contact Helen at the surf club office (07) 5486 3249 ext 5 or Shane Handy our Chief Training Officer on (0428) 839 776 as the club will be running a Bronze Medallion course in the first week of the September school holidays. The skills you gain from the clubs courses may not only help you save a life but are nationally recognized and can be used in your school or workplace.

The new extensions really are fantastic, so call in, check out the magnificent view whilst enjoying a cold beverage or coffee and cake. If you are thinking of having a function in Rainbow, give Brad the club manager a call or drop in.