About 70 people relaxed to an afternoon of music in Rainbow Beach for the very first Soundwaves event. Community Centre volunteers had to keep bring out more chairs as people kept rolling in the door.

Organised by Frank Barrile, Sunday, March 10 at 3pm, the day was supported by musicians from Gympie, locals and ex-locals, the Rainbow Beach Community Centre and even featured a classically trained pianist from Germany.

So successful was it that the next concert, and Acoustic Jam, has been scheduled for Sunday April 14, 3-5pm, also at the Rainbow Beach Community Hall.

Someone asked “Where else can you get such great music for $2?”  A member of the audience replied Cooloola Cove! Remember Cooloola Cove also have Music Plus nights where all are welcome.

Frank and Andy started the afternoon with their Banjo and Guitar duo. They were overheard by a professional bluegrass muso who plans to call Rainbow home later this year, which is great news for Soundwaves. 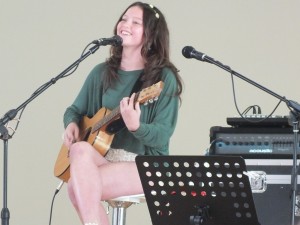 On guitar and vocals, Yasmin Morris treated us to songs from Patsy Cline, The Waifs, her original “The Chocolate Song” and finished with a beautiful Nora Jones’ “Don’t Know Why”. Yasmin was a previous resident here and as an Australian Institute of Country Music member she has recently performed at Tamworth’s famous festival. 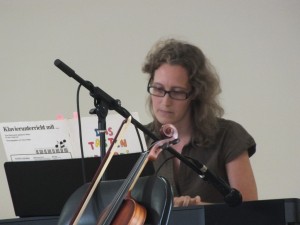 Lucia Phelan brought her Digital Electric Piano and entertained us with five Classical Dance Songs including Italian, Spanish selections a Greig Waltz, sonata and Fiesta celebratory song. Lucy is also a music therapist and is available for teaching. 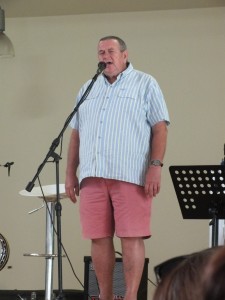 Ross Brown sang an unaccompanied touching Nat King Cole rendition and finished with the favourite, “Danny Boy”.  He also surprised us with a song called “My Latrine”. 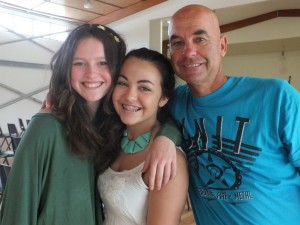 Refreshments were provided courtesy of the Community Centre at a short intermission and instruments were available on stage for children to try. 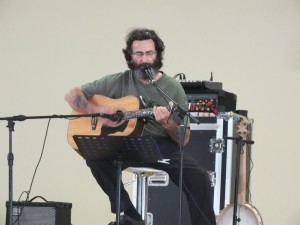 Neil Sutton educated us on a banjo style that originated in the Appachalachian Mountains (Vocals & Clawhammer Banjo) to the “Dusty Diamantina”. 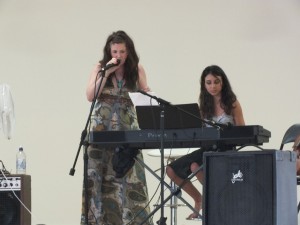 Indi accompanied Jem’s vocals for “Bubbly” on the Electric Piano. Jemma then sang a stirring “Stand by Me” with her one “fan” onstage. 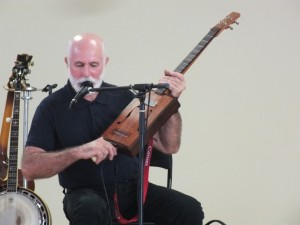 Piano tuner from Tin Can Bay, and music teacher, Lucien Lowe was the final performer for the afternoon. He said his unusual instrument was made in Tin can Bay out of Australian outback timbers, and generated beautiful acoustic sound. He gave us a clever guitar rag, and music from the 20’s and 30’s including guitar in a “piano style”. 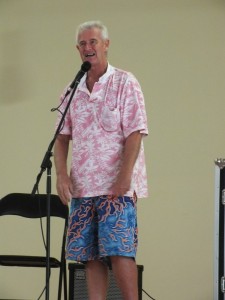 Frank is keen to apply for sound equipment for the community centre via grants and is keen for any assistance. There was lots of applause and smiles all round, Soundwaves is set to be a regular event the 2nd Sunday in the month.

The next “Soundwaves” activity is an “Acoustic Jam” on Sunday April 14th (3-5pm). You can play with musicians jamming together, sing along, or just spectate. Muso’s can ring Frank 0438080950 or the RBCC 5486-3355 to register their choice of three songs (lyrics, chords & key) so we can arrange the necessary paperwork.

“Soundwaves” is an initiative of the Rainbow Beach Community Centre.