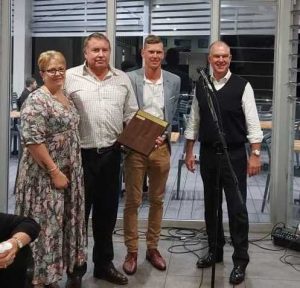 The Encouragement Award was won by Amanda Wroe

Most Efficient Patrol Member and Most Unusual Experience awardee Kieran Clancy, with our MP Tony Perrett

Although Dan Robertson wasn’t there to receive his trophy, it has been renamed the Dave Hewitt Best Club Member – pictured are Kerry Hewitt, Kim McCarthy (who also achieved an award for 100% attendance), MC Tas McClintock and MP Tony Perrett Image Garry Hewitt

Congratulations to everyone on patrol and behind the scenes – that means you Kelly, the hardworking committee and Nipper volunteers!

Junior Activities Committee Members and Age Managers are needed for Nippers starting October 3. Roles can be shared, so any assistance you can give is welcome. Call 5486 3249 today! 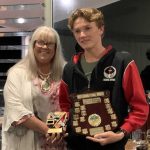 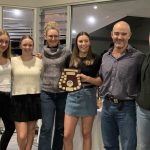 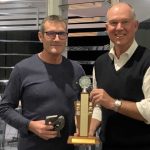 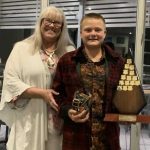 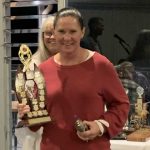 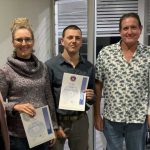