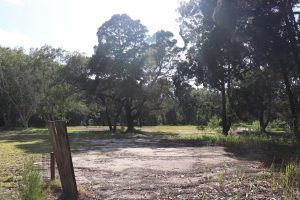 Social media was buzzing on the proposed development at Rainbow Shores, and news that Council has zoned the area for tourism, with up to six-storey buildings. Here’s some of the feedback we received.

Kim Tibby-Orring’e Shame it just can’t be a golf course, there is a lot of nature happening in that small patch of land.

Annie Lent The council proposal would bring in, at peak times, some additional 700 people. Imagine the traffic problems on Rainbow Beach Road and parking problems in the village. The developer’s proposal does not provide a new entrance into the new development. They are proposing to use the existing entrance with driveways (although only two or three) on Rainbow Beach Road down to Wyvern.

It is understood that the developer has made an offer on the land, only if they get what they want. Personally, I’d like to see no further development on this land – either the state government develops the golf course further or turns it into parkland.
Alternatively, family homes (as Andrew has suggested), designed in line with the existing units/villas at Rainbow Shores, may be acceptable.

Shane Manning How about they finish off the one that was started beside the laundromat.
Helen Lee Money hungry… That’s all it boils down to. Don’t stuff with something that is such a draw card for tourists. Nature.. Beauty. Enough concrete in cities, we don’t need more out in such a naturally beautiful place. There is accommodation in town that can’t be filled. The land can go to much better use.

Sheryl Doig How does this affect the dual biosphere status. Cause once one is built, more will follow. We are the only place in the world that has two biosphere’s and as a town, we have to protect that.

Kerry Leyland There are so many beautiful native orchids and fungi growing in at those trees and undergrowth. Not to mention the native ducks, plovers and curlews. They are running our places to go. It’s such a shame that it can’t be turned into parkland or something.

The state government, who still owns the land, would need to do some work to bring in a developer with an appropriate track record, but with some thought and marketing a quality development could be done on the golf course. A quality eco development would bring longer term and lasting benefits to the town and bring new clients to existing businesses in town.

What is needed is a developer with some vision and the state government to put in some work at attracting the right company.

If we need more residential blocks then there is land appropriately zoned to the north of Ibis Court, up to where the beach access road is. That land could be opened up and then developed in the same style as the rest of Rainbow Shores.

If the state government can not attract a developer to do a quality development then convert the land into a park.