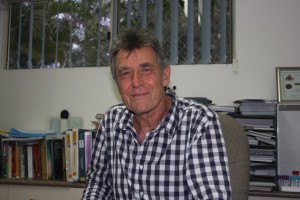 Queenslanders aged 50 and over are being urged to screen for bowel cancer, with the launch of the state’s first ever TV campaign promoting the life-saving benefits of the National Bowel Cancer Screening Program.

Developed by Cancer Council with funding from the Australian Government, the campaign follows a federal budget announcement that the free screening program will be fully implemented by July 2020 and offered to everyone aged 50 and over, every two years.

Currently Queenslanders aged 50, 55, 60 and 65 are invited to screen by completing a simple faecal occult blood test that can be done at home. People aged 70 and 74 will be invited next year, with the remaining gaps in program coverage filled by July 2020.

Local GP, Dr David Smith says, “Bowel cancer is such a well-known entity that the common symptoms are familiar-unexplained abdominal pains, change in bowel habit and rectal blood. Once symptoms are apparent the tumour has probably spread from being confined to the lumen of the bowel to the outer surface.”

Dr Smith emphasises that there is a need for early detection to make this a preventable disease, “Like melanoma, early diagnosis makes a huge difference to outcome.”

“Incidence of most disease processes is a result of a combination of genetic and environmental factors. In the case of bowel cancer, having a first degree relative with the disease increases the risk times 2-3.

“However, Australia and New Zealand have the highest rates in the world with the appearance in under 50 year olds, too early for genetic influence and probably more environmental.

Cancer Council Queensland spokesperson Katie Clift said bowel cancer was the state’s second biggest cancer killer, causing around 960 deaths per year, yet it was curable in around 90 per cent of cases if detected early.

“Only 3 in 10 eligible Queenslanders are completing the test, but even on those figures the program is set to prevent more than 14,000 bowel cancer deaths in the state over the next 40 years,” Ms Clift said.

“By increasing participation we would save many more lives. As with all cancers, it’s not just patients but grieving loved ones who can be profoundly affected.

“It can be even more devastating for a cancer like bowel cancer, which is easy to treat if found early.

“We now have a program that can detect early-stage cases, so it’s up to eligible Queenslanders to take the test and dramatically reduce their risk.”

Screening kits are mailed to all eligible Queenslanders. People aged over 50 who currently fall outside the target group, or anyone concerned about bowel cancer, should talk to their GP about bowel cancer screening.

Dr Smith recommends locals take the test, “The Australian public health initiative of sending out stool testing kits has been successful but should probably be repeated every 2 years.”

Bowel test kits can also be ordered from or are available at selected pharmacies.

“The gold standard for the detection of bowel cancer is the colonoscopy and this should follow any positive stool test for the presence of occult blood. Discuss this with your GP.”

A diet high in animal fats, sugar and alcohol is associated with increased risk.

Red and processed meat (but not fish or chicken) should be limited to <500G per week, although, grass-fed meat is relatively protective.

Alcohol should be restricted to the guidelines i.e. 2 standard drinks /day with 2 alcohol free days/week for males.

Diet should include a selection of 5 serves of vegetables /day, a serve = 1 cup.

It should also include at least 1 clove of garlic/day (5G) and a moderate intake of calcium, in dairy.