Home  »  Things to See and Do   »   RESET live entertainment 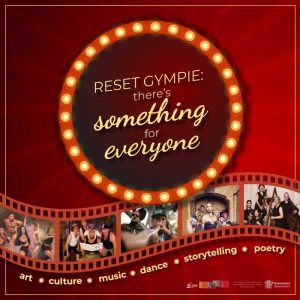 During August there are multiple events, including Chasing Smoke by Casus Circus, The Australian Chamber Orchestra (ACO) Collective, Fright Night, Pete the Sheep and Karl S Williams, who is part of the Live and Local Music Series.

Casus Circus is heading to the Pavilion on Saturday, August 7 at 4pm to perform their show Chasing Smoke.

The world’s oldest living civilisation is the life force that empowers the stories within Chasing Smoke told through the lens of Australia’s First Nations.

The Casus Circus crew stomp, dance, flip and weave their message, showcasing a people not defeated by adversity, but instead celebrating survival, modern-day Aboriginality and pride.

The ACO Collective is performing at the Pavilion on Tuesday, August 10 from 7.30pm.

The ACO Collective combines Australia’s most talented emerging string players with the professional musicians of the Australian Chamber Orchestra (ACO) to create a high energy orchestra.

Led by Helena Rathbone, ACO Principal Violin and Founding Director of the ACO Collective, audiences are in for a magical journey on the ACO Collective 2021 regional tour, from world premieres by Australian composers Paul Stanhope and Holly Harrison to Vivaldi’s much loved The Four Seasons.

Be prepared to be scared with live music and slam poetry that play homage to the superstitions and mystery of Friday the 13th.

Dress up if you dare, or just come along and enjoy a unique night out with music to die for and words to live by.

Pete the Sheep is an amazing production by Monkey Baa Theatre Company that is coming to the Pavilion on Friday, August 20.

Based on the quirky and classic Australian picture book, Jackie French’s characters and Bruce Whatley’s expressive illustrations of them, come to life on stage.

Monkey Baa’s hilarious musical comedy is imaginatively told by four performers playing shearers, dogs and sheep that explores the challenges and rewards of being an individual.

With music and lyrics created by Phil Scott and the comedic imagination of Jonathan Biggins as director (both of Wharf Revue fame), audiences will be delighted by foot-tapping tunes and witty storytelling.

With two sessions available, the first starting at 12.30pm and the second at 5.30pm, this event is one the whole family can enjoy.

The final event in August is a performance by singer, songwriter, multi-instrumentalist, visual artist and poet, Karl S Williams at the Pavilion on Saturday, August 21 at 7pm.

Karl’s songs are a distillation of life, love and the human condition.

Delivered with powerful conviction that takes your breath away, his performances are frequently referred to as a visceral and ‘spiritual experience’, leaving an audience slightly altered in the best possible way.

RESET Gympie is supported by the Queensland Government through Arts Queensland.

For more information, including the full list of events and how to book, visit gympie.qld.gov.au/RESET