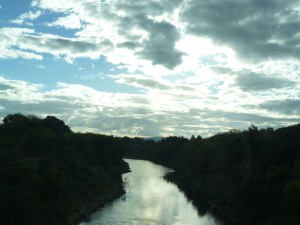 Gympie Regional Council Mayor, Ron Dyne, has announced he will recommend to council at next week’s ordinary meeting that they vote to not proceed with the levee on the basis of new cost estimates.

Cr Dyne said investigations undertaken has resulted in an increased cost estimate for the levee which now makes the project out of reach for council.

“From the work undertaken to date we know a levee can work and I was supportive of the levee at a cost of $22.7 million with 85 per cent of this funded from external sources,” said Cr Dyne.

“However, as design has advanced and we have a better understanding of the range of failsafe systems that would be required, the cost estimate has increased to $34.4 million which is out of our reach, even with external funding support.

“Of course, it was important that we follow due diligence and explore every possibility. This has included looking at ‘worst case scenarios’ which, although extremely unlikely, we would have to cater for from an engineering and failsafe systems point of view.

“It is these systems that have increased the cost.”

Cr Dyne said he has advised the local member for Gympie and the Minister for Local Government.

“I still believe strongly that the levee would have been a stimulus to investment in Gympie, however we have to be realistic and I don’t think council can, in good faith, continue to pursue funding for the levee now that the estimated cost has increased significantly.”