Jack Spicer Oval in Kandanga sprang into life on Saturday as thousands turned out to celebrate the Mary River Festival. Great weather meant that the anticipated crowds turned into reality as communities along the Mary celebrated, a couple of days in advance of the fifth anniversary of the federal government decision that quashed the ill-conceived Traveston Dam.

Festival Coordinator Joolie Gibbs said she was delighted with the turnout for this year’s festival.

“It’s a lot more than just the numbers of people who came along, “ she said.

“It’s the great spirit of celebration and community they brought with them. The Mary river festival has earned the reputation for its friendliness, great music and diverse artistic creativity and Saturday’s festival, and the feedback we’ve had from it, only continued and deepened that reputation.”

“This is a grassroots festival all run on the wonderful energy of volunteers with the much-appreciated support of sponsors. We wanted to celebrate a lot more than just the decision than canned the dam, we wanted to celebrate the diversity in our community, both human a and ecological.”

“Our music did this, with performers from as far afield as Kenya, Ireland and the USA but it’s the depth of this festival that always excites me. We have some great things for kids of all ages to get involved in and our enormously diverse information and community stalls. Things like Geckoes Wildlife, the MRCCC’s waterbug discovery table and the speakers tent give us a much better idea about some of the creatures with whom we share this catchment.”

There was a lot of interest in Leah Barclay’s RiverListening project, as there was in the Fish Stocking Association’s live display which included the dreaded Tilapia which has recently been reported in the lower Mary.

When it comes to music, Joolie says that performers say the audiences at past festivals here are among the best.

“This year we had so many wanting to play that we ran to a second stage and it was wonderful to see that it worked so well.” she said

For USA-based band, Fish out of Water, the Mary River Festival was their first performance on their current Australian tour. but they certainly received a warm welcome.

“They were absolutely brilliant ‘”said one festival patron.

Sunshine Coast music icon Barry Charles and his band Deeper Beat were back by popular demand and delighted the audience in the just-on-dusk time slot before a mesmerizing lantern parade filled with turtles and frogs and cod and lungfish gave way to a laser lightshow took that delight even further.

Then it was Sydney-based Psycho Zydeco who showed what high-energy zydeco music was all about and very quickly had the crowd up and dancing.

And as the strains of Psycho Zydeco drifted off into the night, and some went on to listen to long-standing festival favorite The Floating Bridges in the Kandanga Hotel, festival MC Ian Mackay quoted Professor Tim Flannery’s comments on the Mary to highlight the reason that underscored the celebration.

Tim Flannery and John Doyle had visited the Mary as part of the “Two on the Great Divide” television series and had close encounters with both the unique Mary River, Turtle and the “living fossil” the Lungfish.

Of the Mary, Professor Flannery had said, “It’s not our biggest, it’s not our longest, but I reckon the Mary is one of the most important rivers in Australia.”

It seemed a more than fitting way to end the celebration. 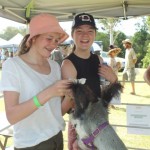 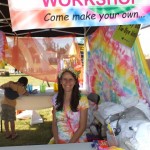 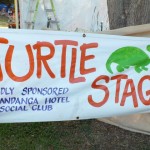 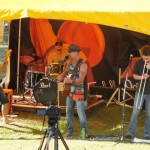 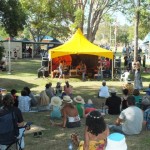 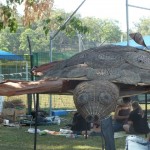 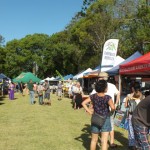 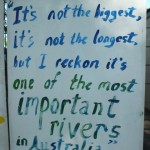