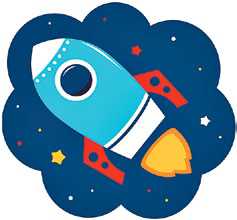 Legend has it that – at the height of the space race – NASA was stumped by the problem of how to develop a ball point pen that would work in the zero gravity conditions of outer space, and subsequently spent millions of dollars to develop one. The Russians, on the other hand, solved that problem by handing their cosmonauts…a pencil!

And so it is with a recurring problem we have in Rainbow Beach at the moment: insecure premises. For one unfortunate local, leaving her doors unlocked (because ‘hey, this is Rainbow Beach’) resulted in her receiving an after midnight visit from an intimidating drunk who staggered into her house.

After relocating him (to the Gympie Watch House) police were pleased to hear that this local is now locking her doors.

But only a week later, this time at 5am, another disorientated drunk found yet another unlocked door. And – because it was unlocked – the drunk concluded simply: ‘this must be it’… and promptly went in and fell asleep on the sofa in his vomit stained shirt. Nice.

A few days later word came in that an unlocked caravan had been entered – this time by a would-be thief who was probably thinking ‘easy pickings’ before the owner woke up and chased him out.

And then there was the conversation that I had with the motorist who had left his keys in the car with the engine running while he went and did his shopping. ‘It won’t happen to me’ could describe his thinking (or lack thereof…)

Of course, a NASA-like approach to this problem would be to study the phenomena, throwing money at research topics like: ‘the disorientated behaviour of drunks after midnight’; or ‘how easy access to dwellings provides money for drugs’; or ‘how long does it take to steal a car when keys are left in the ignition’…

The Russian approach, on the other hand, is genius in its simplicity: lock your doors…