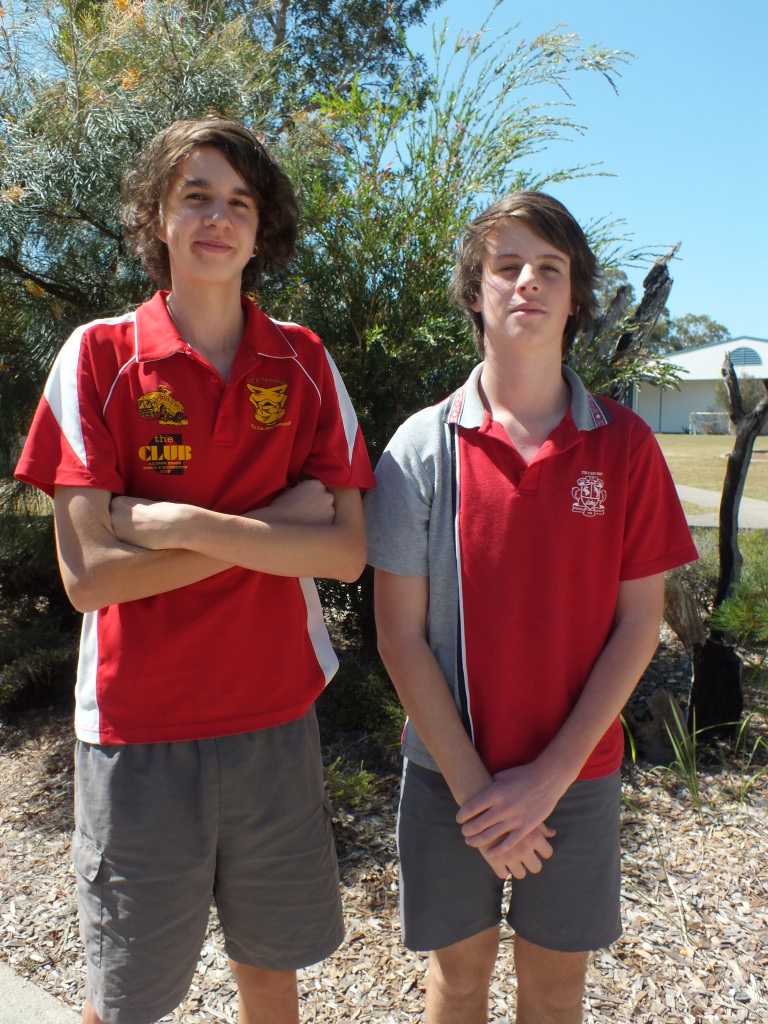 Hayden McFarlane and Kyal Moore (also co-captain) competed at Albury, NSW in April this year in the successful Under 15 Queensland team.

Kyal also made the under 16’s Queensland schoolboys team – with another gold medal caught last month for Wide Bay.

Hayden was the only Cooloola Coast sportsperson to secure a federal sporting grant this year to assist with travel to Albury, Kyal receiving a similar grant in 2012.

Hayden says, “We train 1-2 times per week and both play Thursday night volleyball in Gympie.”

Both play nearly every day – during school breaks, and against the girls. Kyal admits, “It is really good practice.”

From four months prior to the National Championship they would travel to Brisbane every weekend to train, with their parents sharing the commute.

A popular past-time, the boys say that Tin Can Bay School is “well known” for volleyball achievements the boys thanked their coach, teacher Mr Dave Arthur.

They say that volleyball starts young at their school– from Year 5, students receive lots of practice.

Hayden and Kyal have been playing since Year 7, and what do they like about volleyball? “Smashing balls” and having “fun”. Congratulations, boys. Good luck with the next round of competition later this year.