On Thursday 26th September ladies from Cooloola Cove, Tin Can Bay, Rainbow Beach and Gympie came together to support a Cancer Council fundraiser which was hosted by Natasha Llewellyn at her home.

The theme for the fundraiser was a dress up/ glamour event and the ladies did not disappoint, wearing some stunning outfits and taking the opportunity to show of their individual styles on the red carpet. The daughters and grand-daughters of the guests were also invited along to the event and enjoyed their own unique fashion parade. The winner of the girl’s fashion parade was Asha Schwajhardt  who won a Xia Xia playset which was kindly donated by Toyword Gympie. The ladies’ Fashion Parade was sponsored by Travel Scene Gympie and Trish Larfield, the manager of Travel Scene, judged the event and presented the winner, Christine Novis, with a $100 voucher. Well done to Trish for being such an excellent judge and making the difficult decision of selecting the winner, as all of the ladies who took part looked terrific.

The fundraiser was all about bringing women together, celebrating, and raising money to help Cancer Council fight against breast and gynaecological cancers. Some of the guests who were present had personally been affected by Cancer and were able to celebrate their success against this disease.

Natasha Llewellyn would like to thank everyone involved who supported this event as well as the following local businesses who generously donated gifts towards the raffle. (The Thirsty Camel, News Extra Cooloola Cove, The Sands Guardian Pharmacy, The First Step- Emillia McAuliffe , Rainbow Beach Hair and Beauty, Woolworths and The Cove Fish and Chips.)

The fundraiser raised a grand total of $701 from both the day’s event and separate donations, all of which is being pledged to Cancer Council. 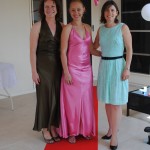 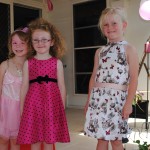 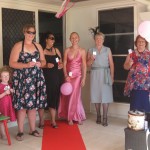