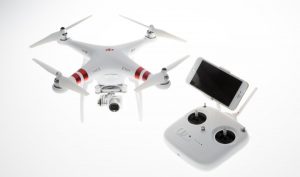 That is the question that the owner/victim was asking themselves when they returned back to their vehicle to find the drone and its equipment stolen!

On Thursday March 9, between 3.30pm and 4pm the victim’s vehicle which is a white Hyundai IMAX station wagon had been parked at a popular Rainbow Beach car park on Wide Bay Esplanade when offender/s have approached the vehicle, opened the doors and stole a white DJI Drone including the remote control unit, battery pack and carry bag.

The drone had been filming footage from Fraser Island, Sunshine Coast and Brisbane. Police are continuing their investigations but are appealing to anyone who may have seen anything unusual or knows of the drone to please report it to police or Crime Stoppers.

If you have information for police, contact Policelink on 131 444 or provide information using the online form 24hrs per day.

You can report information about crime anonymously to Crime Stoppers, a registered charity and community volunteer organisation, by calling 1800 333 000 or via crimestoppersqld.com.au 24hrs per day.