The depressed area is as large as a football field, and the “new” shore is quite deep – only the remnants of the caravan could be seen the morning after.

Police, SES and National Parks Officers worked through the night to help evacuate  visitors affected by the erosion and the area was extended in the neighbouring campsites as these events are unpredictable.

Resorts swelled with campers  in town last night, and some families had resurrected their campsite on the Centreblock. There were no reports of injuries.

Coastlines are dynamic, sand depressions can develop anytime on any section of beach at Inskip Peninsula. The most recent sinkhole north of this area, has since repaired itself.

The National Parks and Recreation website states that Inskip Peninsula is a “narrow sandy finger of land built up by wind and waves”, it “forms a natural breakwater at the entrance to Tin Can Bay Inlet and Great Sandy Strait”, covering 459 hectares.

Camper numbers were at least 1400 when the incident occurred, however extending over five separate campgrounds – the erosion occurred in only a small area of the total campsite grounds.

Please note (as the Community News have been receiving calls/queries): The erosion is not near the road or the ferry to Fraser Island. If you are travelling to Fraser Island in the near future there is no cause for concern. The majority of campers are unaffected by the incident.

Do take care around the site, an observe signs – contact www.nprsr.qld.gov.au/ for updates. More images at www.facebook.com/RainbowBeachCommunityNews. 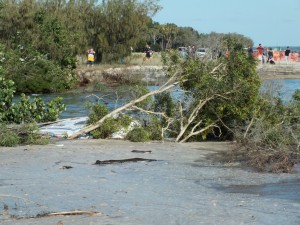 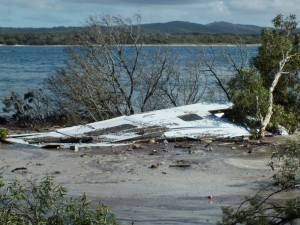 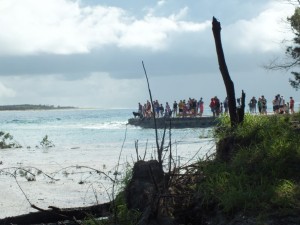 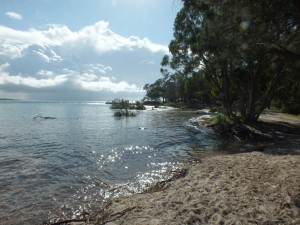 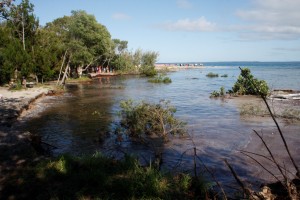 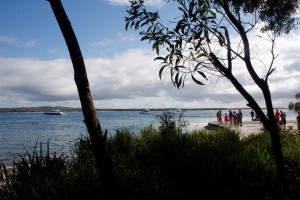 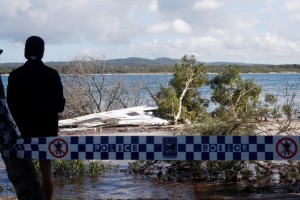