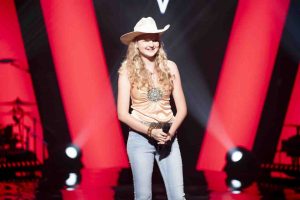 Phoebe Jay will be performing at the Tin Can Bay Country Club on Saturday, January 2 from 7pm and the club would love to see a full house!

This rising star is a young country music singer/songwriter, originally from Townsville and now living around the cane-fields of Bundaberg.

Rural Aid has teamed up with Phoebe Jay who they describe as one of Australia’s youngest country music prodigies, to help bring Suicide Awareness to the forefront by commissioning a new song, Free Air performed in association with the legendary Tommy Emmanuel.

Phoebe Jay’s performances have varied in styles as well as dimension, however her main style is all about country.

Whether it’s singing on the main stage or busking at the local markets down the street, it’s all about enjoying singing country music. Inspired by Dolly Parton, her voice is often described as a ‘Mini’ Dolly.