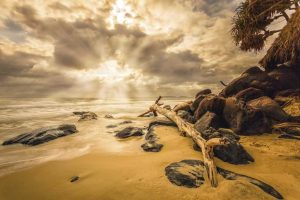 The subject was “Landscape” and Caloundra photographer, Wendy Geddes, attended as guest judge for the first Tin Can Bay Camera Club competition of 2017.

The club’s next Photoshop workshop is 1pm, February 20 and club meeting 7pm, February 15, both in the TCB Library meeting room.