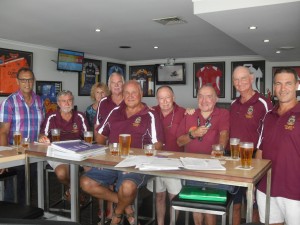 Rainbow Beach RSL sub-branch gears up for “the biggest buzz in town”!

This year marks 100 years since our Australian and New Zealand troops failed to land on Brighton Beach, as they were blown off course and landed on a steep, rocky beach infamously known as Anzac Cove.

It was to be the beginning of our involvement in WWI, and many heroic sacrifices were made by our young Australian men. They carved into our nation proud and loving Australians known for their loyalty, mateship, courage, determination and at times, sacrifices.

Our alliance of the Australian and New Zealand Army Corps was to be our first overseas deployment into conflict. We pay tribute to the ANZACs for their courage and sacrifices against all odds.

“Both these ANZAC centenary services will be the biggest and best Anzac Day memorial events ever held in our beautiful town of Rainbow Beach. All locals and visitors are warmly invited to be a part of these huge, and very special, services.”