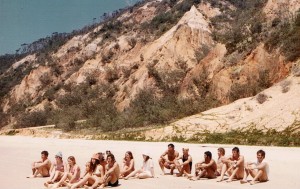 Three ways to celebrate International Women’s Day on the coast

Annually on March 8, thousands of events are held throughout the world to inspire women and celebrate achievements.

Three events are scheduled on the Cooloola Coast – a Lioness Lunch celebrating Women in the Defence Forces, a Surf Girl lunch and community expo.

Originally set up to challenge oppression and inequality of women, last century saw more women in the boardroom, greater equality in rights, more role models in every aspect of life, one could think that ‘all the battles have been won for women’.

The unfortunate fact is that women are still not paid equally to that of their male counterparts, women still are not present in equal numbers in business or politics, and globally women’s education, health and the violence against them is worse than that of men.

Only recently, women in Australian armed forces have been granted rights around breastfeeding policies.

It wasn’t until 1980 that all Queensland Surf Lifesaving Clubs welcomed female active members.

Rainbow Beach clubbie, Glenys Kidd said, “RBSLSC began in 1965/66 when roles of men and women were different to today. The club house was for the boys. Girls were not allowed in the building.”

Women met outside the clubhouse and actively fundraised. Glenys remembers, as a girlfriend, “I wasn’t allowed in the club – I used to sleep outside in the ute – whilst my husband slept inside.”

In 1980, one of Queensland’s first female bronze squads was formed at Rainbow Beach and women stayed in the female dormitories of the new clubhouse.

“My daughter is 28 and she can’t believe that women didn’t have that right. Now women can have any position, including female lifeguards.”

Just like women in society in general, improvements were made and women took up many positions – instructors, committee members, even president. The role of the Surf Girl has changed from beauty competition to focusing on surf lifesaving and fundraising.

International Women’s Day celebrates that women have real choices – they can become surf lifesavers, astronauts and prime ministers, attend university; women can work and have a family.

International Women’s Day has moved from a reminder of the negatives to a celebration of the positives, a chance to ensure that the future for girls is bright, equal, safe and rewarding.

Lioness Lunch The Lioness Club of Tin Can Bay has advised that some tickets are still available for a fantastic day of celebration for “International Women’s Day, 9.30am at the Tin Can Bay RSL Hall.  Tickets can be purchased at Jilly’s – Tin Can Bay for $15.00.  This event is open to all of the Cooloola Coast community, and sponsored by Rainbow Beach Cooloola Coast Community News.   For all enquiries please contact Jill Press on 5486 2843.

SLSC Lunch 2013-2014 Jupiter’s Summer Surf Girl entrant Brittany Neumann is calling all members and supporters, past, present and future, to celebrate the role of women, girls and ladies in Surf Life Saving at Rainbow Beach. Tickets are $30 from the club and includes cocktail on arrival (from midday), hor d’oeuvres, lunch, dessert, lucky door prize and entertainment.

Community Gathering and ‘Inspiring Change’ Free Expo Soul from the Belly’s is hosting displays from a fitness instructor, sports shooter, Toastmaster, belly dancer, Cooloola Coastcare, presentations and by various community and social groups, sports clubs, alternative therapies, health and well being practitioners, Buffalo Hall on Emperor St in Tin Can Bay; from 9.30am and presentations start at 10am. For more information contact Jess Milne on 0411 218 254.