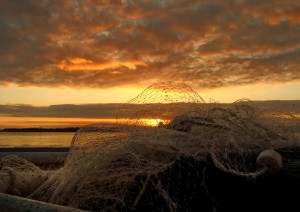 In B Grade, the Honour was awarded to Frank Posch (Morning Walk). Merits were awarded to Lyn Minchell (Windmill Through the Mist) and Lynn Milnes (Bagan Sunrise). Mary Boyce (Cloud Sunrise) and Jan Johnston (Life’s Good) were awarded Highly Commended. 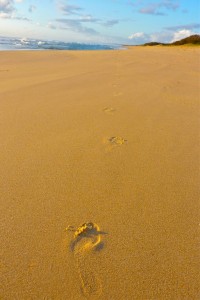 Kerry Leyland’s Lone Footsteps was awarded an A Grade Merit

The Annual Presentation Night, which will see the judging and awarding of the Best Images of 2015, will be held at the next club meeting on Wednesday, November 18 at TCB Library, commencing at 7pm.

The club’s next Photoshop workshop (Learning PS Tools Part 3) will be held on Monda,y November 16 in the TCB Library meeting room, commencing at 1pm.

A Progressive Safari will be held in Tin Can Bay on Saturday, November 7, meeting at Norman Point picnic shed at 9.15am for a 9.30am start.

Sixteen club members recently joined Noosa photographer Andy McGaughey for a photo tour to the Noosa Everglades. Despite the very early start, members had a very enjoyable morning and captured some stunning wildlife and nature images which can be viewed on our website.

For more information and to view club members’ images, visit the club’s website at www.tincanbaycameraclub.wix.com/tcb-camera-club.