The prayers paid off – skies cleared and the day was beautiful for the inaugural event.

Over 20 teams participated in the holiday activity from as far afield as Bangkok. There were grandkids of Rainbow Beach residents, holiday goers and loads of Rainbow kids.

Organiser, Chappy Ronnie was delighted with the response, “After several days of rain and strong winds and it was fantastic to see families and friends working together to create a host of amazing sandcastles and sand structures, including turtles, dolphins, mermaids and the Cherry Venture.”

Congratulations to the winning teams of the 3 divisions of the competition:

Chappy Ronnie gave special thanks to Mayor Ron Dyne and his lovely wife Dulcie for driving down to Rainbow Beach to judge the competition, John Bradey for his awesome networking skills, Chook for his expertise on the BBQ and members of the congregation of the Church of the Good Shepherd.  “Thank you to everyone who participated in the competition and made it such a success.” 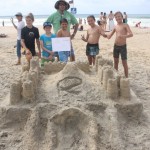 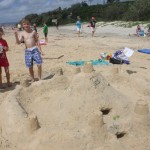 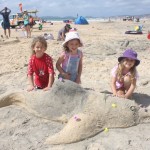 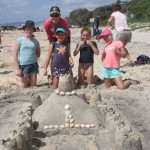 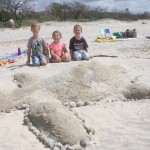 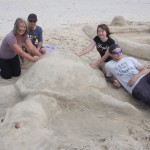 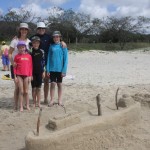 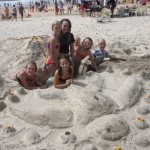 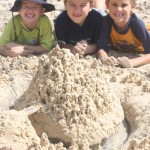 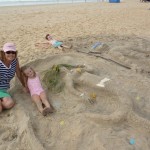 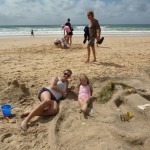 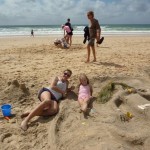 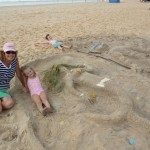 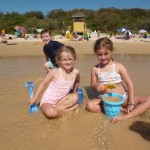