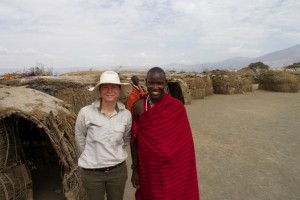 Local, Tanya Beech took time out in remote WA, near the start of the Gunbarrell Highway in Wiluna and her work with the Martu Rangers to tell the Community News about her Churchill Fellowship travels through Africa last month.

Snorkelling on a coral reef off tropical Zanzibar, whale watching from the southernmost tip of Africa as the first southern right whales of the season cruise past, and exploring the endless sand dunes of the Kalahari Desert, the largest sand mass in the world…. these exciting adventures may sound like a dream holiday but they were actually experienced by Tanya Beech at work.

Tanya was awarded the prestigious fellowship to conduct six weeks of overseas research into Indigenous Ranger training programs, assisting her work as a trainer with Indigenous Rangers in Australia.

“I spent a week at the Southern African Wildlife College near Kruger National Park in South Africa. I joined the Field Ranger Training Unit with many of them actively engaged in high risk anti-poaching programs, whose trainers had decades of experience and often work off-site in very remote and challenging conditions across the whole African continent.”

“My first week in Tanzania was spent at the College of African Wildlife Management which is nestled into the foothills of Mount Kilimanjaro. I loved the daily drives up the slope through coffee plantations and village life to get to work each day.”

“The mountain proved to be a constant distraction as I moved around the campus, always sneaking a peek at the peak to see if the cloud had cleared to offer a panoramic view of the mountain. On my final day at the college a group of students ran into my office to shout that the cloud had cleared and escorted me to the best vantage point on campus to get that prized photo!”

Tanya discovered many connections with Australia as she toured through Tanzania. The predominant species in the Forestry Training Institute’s nursery were eucalypts and grevillias from our country. She also met a number of academics who had studied in Australia and said this created an atmosphere of cooperation and alliance. 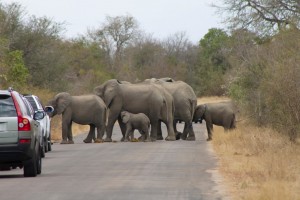 “Some of the absolute highlights were meeting with people engaged in grass-roots environmental training programs, building employment opportunities are in local conservation programs. For example, the Zanzibar Butterfly Centre is open to tourists and teaches local subsistence farmers how to breed butterflies for export to overseas collectors and integrated pest management.”

“Visiting the idyllic, private marine reserve of Chumbe Island Coral Park was extremely useful as I met with Rangers and discussed their award-winning training programs focussing on coral reef and rag forest monitoring, scientific monitoring of rare and endangered species and ecotourism guiding. Many of the Park Rangers are former fishermen from neighbouring island villages who have been re-trained in conservation.”

Tanya’s husband Mark travelled with her and they added a two week holiday to the end of the Fellowship itinerary, which Tanya described as “the icing on the cake”. They felt like they were part of a wildlife documentary when a wildebeest migration performed numerous crossings right before our vehicle, and the experienced the exotic spice island of Zanzibar and it’s turbulent history.

Political unrest meant their itinerary was adjusted. Touring together, Mark did an incredible job providing logistical and technical support during my very busy six week schedule of meetings. Accommodation ranged from city hotels to grass huts in the middle of nowhere – and everything in between including college dormitories, luxury safari tents and lodges (some with gates to keep the resident leopards out).

“Every day was different, I would go out of town in a new direction each day and Mark would remain in the village exploring and making new friends. His agronomy background meant that he couldn’t help but wander and talk to farmers in villages where the maize harvest was in full swing. Other days he would have schoolchildren trailing behind him like the pied piper, curious about the “mzungu” or white man.”

“I have made many contacts in the global conservation network and I’m excited by the fact that I will get the opportunity to re-connect with many of these people again in Sydney in November at the IUCN World Parks Congress. Some will be experiencing Australia for the first time, and yes, of course I offered to host them in beautiful Rainbow Beach!”

“My Churchill Fellowship was an incredibly rewarding experience and absolutely exceeded my expectations. It was literally a once in a lifetime opportunity to meet with industry leaders and be hosted in organisations at the forefront of conservation training. The representatives I met with openly shared their insight into issues that are across the divide of developing and developed country approaches to conservation and capacity building in Indigenous communities neighbouring protected areas.”

The application process for 2015 Churchill Fellowships opens on 3 November and details can be found at www.churchilltrust.com.au