My husband and I own and operate Dirty Down Under 4×4 a social group run through Facebook, we currently have over 3000 members. I thought id write to you to share and help promote our 2013 pink run for breast cancer, we raised over $11,500.

On the day we had over 200 4x4s from south of Caboolture, from as far south as VIc in a convoy, another 50 from northern areas and another 20 or so came via car.

We had 6 tables of food, and gave away over $20000 in prizes donated by businesses and people all across australia. its been months and months of planning and going a little crazy sometimes doing most of it by myself, so just wanted to say thank you, without people supporting us along the way we couldn’t have done it.

The lady camping beside us came up to ask what all the flags were about, I told her about our pink run which was going to be the next day, she told me she was a breast cancer surviver and said she felt very touched that people show their support in such a huge way.

There is a link on you tube, dirty down under 4×4 pink run 2013 sponsored by fyrlyt, take a few minutes to see what we pulled off !! http://www.youtube.com/watch?v=U2qsEXpXgl8

Next year they’ll be coming back to Inskip Point Saturday October 18th. 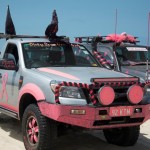 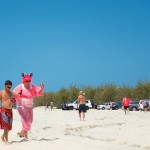 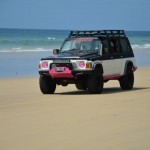 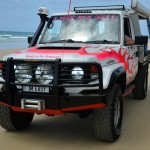 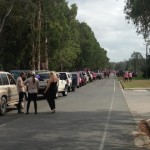 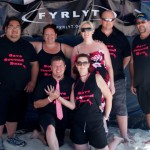 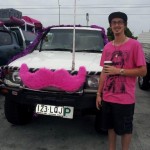 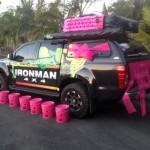 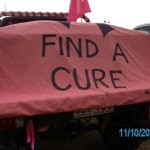 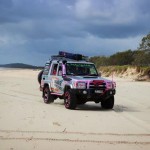