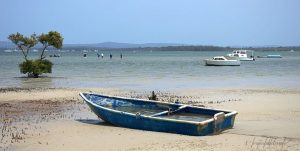 On February 2, 1971, in the city of Ramsar in Iran, an international treaty for the conservation and sustainable use of wetlands; the Ramsar Convention on Wetlands of International Importance especially as Waterfowl Habitat, was adopted.

Since 1997 this date has been celebrated with World Wetlands Day, to draw attention to the relevance of promoting biodiversity conservation and sustainable use of natural resources in such an important ecosystem.

Did you know that 40% of all species either live or breed in wetlands? Wetlands also remove pollutants from water runoff and provide storm protection to coastlines.

But what exactly is a wetland?

They are described as land areas that are saturated or flooded with water either permanently or seasonally. Made up of three base categories of inland (marshes, ponds, lakes, fens, rivers, floodplains and swamps), coastal (saltwater marshes, estuaries, mangroves, lagoons and even coral reefs) and manmade (fishponds, rice paddies and saltpans.)

The Great Sandy Strait is internationally known as RAMSAR site number 992 and is the largest area of tidal swamps within the South East Queensland Bioregion of Australia.

The 2020 theme is ‘Wetlands Biodiversity Matters’, to highlight the importance of wetland biodiversity, why it matters and to promote actions to reverse it’s loss.

The biggest threat to wetlands is agricultural and construction expansion, as wetlands are viewed as wastelands. Invasive species introduction creates an imbalance leading to food cycle disruption and native species die out. Pollution via runoff creates a filtered waste accumulation and overload, affecting flora and fauna.

How can you help?

Join in programs to help protect and restore wetlands, such as the Tin Can Bay foreshore regeneration program with the Friends of the Cooloola Foreshore. Contact Jess Milne on 0411 218 254 for more information.

Wetlands are disappearing faster than the earth’s forests and this year World Wetland Day is written as 02-02-2020, it could be a sign that marks the turn in history where humanity gains the vision to reverse wetland loss and destruction as the date is a palindrome, read the same forward and reverse.