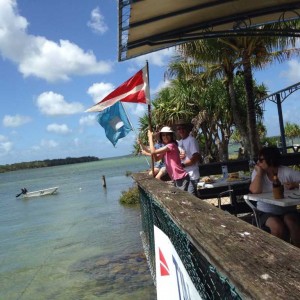 The prolonged spell of strong winds has made a large dent in the sailing calendar with no racing over February. Notwithstanding this, the local kite-boarders have been relishing the endless summer of blustery conditions.

Recent race days in March have seen the winds decrease to south-easters of 20-to-25 knots, which have provided some exhilarating spinnaker runs for those brave enough to test their skills against Huey.

Series 3 Aggregate was won by Final Fling. Series 4 races kicked off in wet and gusty conditions which tested the fleet. In race 1, Billy the Kid took out the honours followed by Flying Fish (Peter Shaw) and Two Fish.

Race 2 saw the conditions moderate, with a win to Flying Fish followed by Bubbles (Ken and Lee Bubb) and Two Fish.