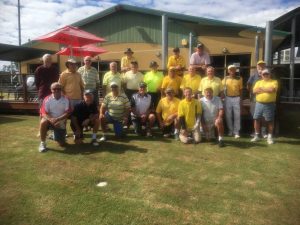 Championship events were held during the month with the following results:

Congratulations to all the winners!

Last month, the Tin Can Bay men wore yellow in support of 36-year-old Jarrod Lyle, an Australian former US PGA tour player, who died on August 8 following a third battle with leukaemia. Jarrod was an ambassador for Challenge which supports kids with cancer and was famous for wearing yellow.

Visiting golfers wishing to make a booking can contact the Starter’s Box on 0484 005 266 after 7am, seven days a week.