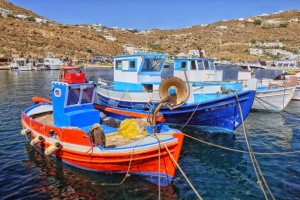 Lobster Boats by Peter Cahill won a B Grade Honour

Members of Tin Can Bay Camera Club met for the judging of the “Colour” club competition last month. With our guest judge unavailable, members participated in a “self-judging” activity to select the evening’s best images.

The subject for the September club competition is Photo Travel, which will judged at the club meeting on Wednesday September 16 at TCB Library, commencing at 7pm. Entries in the September Digital Competition also close on this date. The subject is “People”.

The club’s next Photoshop workshop will be held on Monday September 21 in the TCB Library meeting room, commencing at 1pm.

Sunshine Coast photographer Jenni Bourke hosted a Portrait workshop last month. The workshop offered theory and practical on both “studio” and outdoor portraiture. Thanks to all who attended, especially those who volunteered as models.

To view club members’ images and more, visit the club’s website at www.tincanbaycameraclub.wix.com/tcb-camera-club.