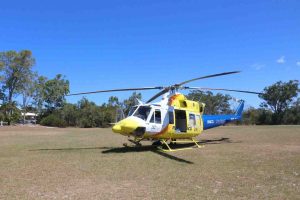 If nothing else, my September article was a ‘discussion starter’ about the antisocial and driver behaviour on Teewah Beach. Everyone seemed to have a different opinion on how to fix it, although there was almost universal consensus that on ‘Teewah, we have a problem’…

Social media became an ‘ideas forum’ with a lot of good potential solutions coming forward out of the discussion. All of the following were suggested by members of the public (and each have their pros and cons), but they are reflective of the concerns held by the community:

Definitely some credible suggestions. At the very least, a conversation has begun, which I suppose is where it starts – there is at least acknowledgement that something needs to change.

Unfortunately, that discussion fell on deaf ears in some sectors of the community, with September and October recording further calls for service on our beaches.

In a concerning incident, police responded to calls for help from a group of 17 and 18-year-old campers on Teewah Beach following an alleged late-night incident. A 31-year-old male has been charged with sexual assault, going armed so as to cause fear and mid-range drink driving, while a second male, 30, was charged with two counts of sexual assault and public nuisance. Both men will face the Gympie Magistrates Court.

Further afield: a 29-year-old male will face court after allegedly driving on the beach with a reading of .098. He joins a 37-year-old who was alleged to be drink driving at Inskip Point – also with a reading of .098 – police allege two of his companions were unrestrained in the tray of his ute and both were issued infringement notices.

On the same day police responded to calls from concerned members of the public – and subsequently fined a 42-year-old man for allegedly letting a six-year-old girl ride along on the side steps of his 4WD.

Also, on the same day, police and rangers gave move-on directions to nearly 50 people from Inskip Point following complaints of their partying until 4am on a Friday night – and reportedly preparing to do the same on the Saturday night.

Most tragically, police responded to a fatality on Teewah Beach, after a 25-year-old male entered the water in the middle of the night. He was found deceased the following morning. Police have prepared a report for the coroner.

In the light of all of this (which is just a snapshot of police activities over the last month) I hope that the discussion about Teewah Beach continues – and is not in vain. Because, it’s great that we’ve ‘started the discussion’, but it’s all meaningless unless it leads to change.

Or, to put it another way, actions speak louder than words. So, let’s work together towards a safer community.