Home  »  Community   »   Surf lifesavers go above and beyond

The surf club held its annual awards ceremony for its Golden Jubilee year, on June 20.

The club had a successful year maintaining its goal of ‘Zero Preventable Deaths and Injuries in the Rainbow Beach Area’.

A mean feat for such as small club. The awards ceremony is held each year to recognize those members who have gone above and beyond (and also some who have gone down and out !).

Highlights of the afternoon included Ron Organ receiving his life membership from SLSQ President Ralph Devlin, as well as Champion Lifesaver among a plethora of other awards.

On the not-so-serious side, Mark ‘Nana’ Perry won the coveted dunny seat for his ability to do a ten-point turn in an IRB in 20cm of water and Tasman McClintock took out the ‘Harden Up’ award for the third time.

The club is always looking for more members and will be holding the first of its three Bronze Medallion training camps starting in the first week of the September school holidays. For more information contact the club on 5486 3018 ext 5.

Congratulations to other awardees: 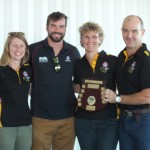 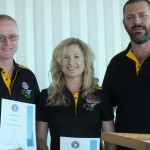 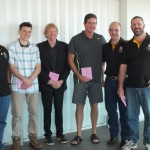 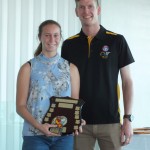 With 100% of her rostered patrol hours completed, Hannah Wilson was presented Best Junior Patrol Member by Tasman McClintock (recipient of the ‘Harden Up’ award) 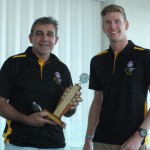