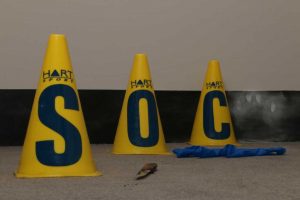 If you are unfortunate enough to be the victim of a break in or have property stolen from your car, then it is highly likely you will be visited by a Scenes of Crime officer, that’s right a SOC officer, not a CSI officer.

In Queensland, SOC officers provide the first forensic response to a crime scene. Our task is to undertake initial forensic examinations at crime scenes where photographs, fingerprint examinations and the collection of physical evidence including DNA are required, and to identify those scenes where other forensic specialists should be utilised.

There are a myriad of differences between us SOC officers and the crime scene investigators you see on the TV, the least of which is the ease with which those guys and girls locate forensic evidence – they just have to read the script! It’s a lot harder in the real world, but you can help out by doing a few things between discovering the crime and when we arrive.

Firstly don’t touch anything that the offenders appear to have touched – our sense of touch is very important in helping us perceive and comprehend, as such we like to get hands on when trying to work out what has happened, but in doing so you can destroy fingerprints and contaminate DNA evidence – even if you cover your hands.

You can also help stop others from contaminating the scene by restricting access to important areas such as an entry point or any items left at the scene by the offenders. This may be achieved by simply closing a door or creating a physical barrier with a furniture item, ensuring that you don’t interfere with anything important in the process.

If there are any items left at the scene by the offenders or there are items that they have handled and those items are in such a position that they, or any forensic evidence on them, may be destroyed. Move them or do what needs to be done to protect them. This might mean that an item needs to be moved inside to avoid rain or putting a cover over evidence if it can’t be moved. If you do have to protect evidence for us remember to handle it as little as possible and cover your hands to avoid leaving your fingerprints for us to find.

Depending on how you report the crime to the police, first response uniform officers and Policelink telephone operators will provide advice and assist you in your efforts to preserve evidence. Taking these positive actions to preserve the scene will give your local SOC officers the best chance at locating forensic evidence to identify the offenders and prevent further crimes.