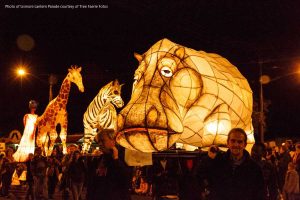 Council is considering a big change to this year’s Gold Rush Festival by including a Friday evening parade instead of a Saturday daytime parade.

The aim is to reinvigorate the festival and encourage greater levels of involvement from schools and the broader community.

Council said that an evening parade would mean that new and exciting elements could be added to what would become the festival’s launch event, including a large night-time lantern display with lanterns designed and paraded by local school students.

You have until June 13, 2019 to complete a short online survey at gympie.qld.gov.au/haveyoursay, participate in a social media poll, or pop in to one of Council’s libraries to complete a paper-based survey.