Tin Can Bay Camera Club kicked off activities for 2015 with the first club meeting on January 21. The club comp subject was “Open” and the judge was Richard Bassett from Hervey Bay Photography Club. 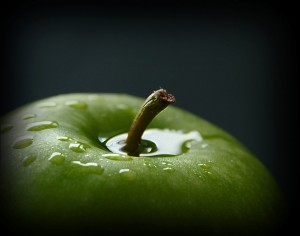 In A Grade, Diann Bourke was awarded the Honour for her image Orang-utan, while Merits were awarded to Louise Smith (Green Apple) and Jan Blackshaw (Ready to Fly). Julie Hartwig (One Leaf) and Ron Johnson (Goomeri Shed) were awarded Highly Commended.

In B Grade, Mary Boyce (Calf Roping) was awarded the Honour, while Merits were awarded to Thea Beswick (It’s Sooo Hot!) and Lynn Milnes (Crescent Moon Spring). Lindsay Rigby (Flutterby) and Lyn Minchell (Dragon Fruit Flower Kaleidoscope) were awarded Highly Commended. All of the winning images (and much more) can be viewed on the Club website.

The Club’s first photo shoot for the year will be held in February, with members travelling to Coolum Beach for a Seascape and Neutral Density Workshop. Other upcoming outings include a Sunrise photo shoot in March, and a waterfall photo shoot at Serenity Falls at Buderim in April.

The February club meeting will be held on Wednesday February 18 at the TCB Library, commencing at 7pm. The comp subject is “Seascapes”. This date is also the closing date for entries to the first digital comp of the year. The subject is Monochrome.

Tin Can Bay Camera Club welcomes anyone with an interest in photography. To view our images and for more information visit the club’s website at www.tincanbaycameraclub.wix.com/tcb-camera-club.